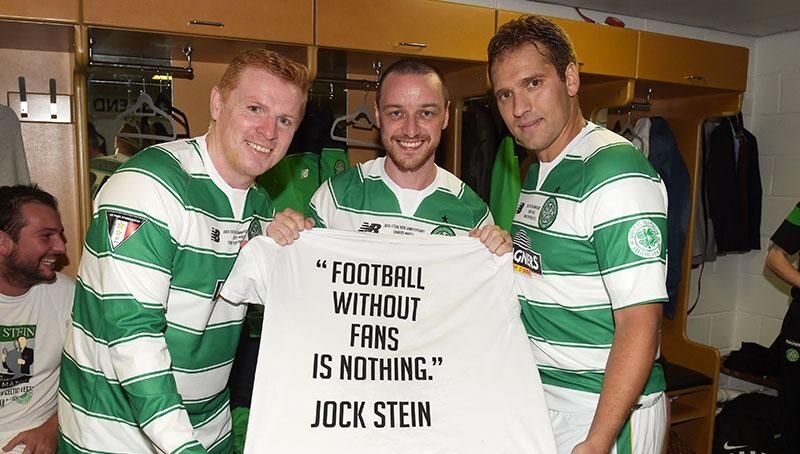 An intense game of football is enough to grasp your breath for a while. The voice of a thousand spectators in a stadium can give you goose bumps, and the millions of fans all across the globe show that this game needs no introduction at all. Football is associated with passion, emotion, excitement and dedication. Fans get emotionally attached with certain football clubs they like.

Here is a list of 15 celebrities and their favorite football clubs.

One of the most successful commercial singers of the last decade Justin Timberlake became a ‘Manchester United’ fan after meeting ex-Manchester United player Alan Smith, who invited the singer to a match. The Hollywood star instantly fell in love with the game. Timberlake hailed Manchester United fans praising their faithfulness to the club.

Harry Styles of the famous band, One Direction, along with band mates Louis Tomlinson and Zayn Malik, is a ‘Manchester United’ fan. He has an affinity towards Rio Ferdinand and flaunted it by wearing a United jersey with Ferdinand’s name on the back of it, and they both have been known for exchanging pleasantries on Twitter.

Grammy Award winning Canadian singer Bryan Adams is an ardent supporter of the ‘Chelsea’. His love for Chelsea can be understood from that fact that he even recorded a song called ‘We’re Gonna Win’ in support of his favorite club.

Former U.S. president Bill Clinton is said to be a huge fan of ‘Chelsea’. While he was studying for his degree at Oxford during the 1960s, he would often go to Stamford Bridge to watch Chelsea play and he has also named his only child daughter as Chelsea. Coincidence? maybe not.

The well known singer and music director Shakira is a fan of ‘F.C. Barcelona’. She is married to Barcelona’s footballer Gerard Pique. Her true inclination towards Barcelona is evident by the fact that her foundation, Pies Descalzo, recently partnered with this football club.

Famous Hollywood superstar Tom Cruise, also known for his incredible stunt and the famous Hollywood movie Mission Impossible series, is one of the biggest fans of ‘Real Madrid’. He follows Real’s games and has been seen celebrating the title wins of the club with its supporters.

Noel Gallagher, the main song writer of Oasis is an ardent fan of ‘Manchester City’ and similar is the case with his brother Liam Gallagher. They are also big supporters of ‘Celtic‘.

Famous Hollywood star Brad Pitt is one of the most famous celebrity fan of ‘Liverpool’. He revealed his affection for the Reds during an interview about his film, Moneyball. When asked who his favorite football team was, he replied: “I have some friends who are very close to Liverpool, so if I went another way I might be disowned”.

World famous author J.K Rowling, who is most famous for creating the Harry Potter series, is also a fan of ‘Tottenham Hotspur’. Rowling’s support for Tottenham is due to almost her entire family being fans of the White Hart Lane outfit. Tottenham is the only football team Rowling follows.

X-Men fame Hollywood actor James McAvoy is a ‘Celtic’ supporter and has claimed it many times. He has been seen supporting them in various matches flaunting their famous stripped jersey.

Prince William, the Duke of Cambridge, and heir to the British throne is an ‘Aston Villa’ fan. He has spoken about his support of the club and has attended Villa matches and even been spotted wearing claret and blue.

Many members of the Royal Family of Britain are actually, fans of ‘Arsenal’. Royal sources even revealed that Queen Elizabeth II has been a fan of the Gunners from over 50 years. The revelation came in 2007 after the Queen met the Arsenal team and manager Arsene Wenger at a reception in Buckingham palace. Her favorite player reportedly was Cesc Fabregas who even confirmed the news in an interview with the Spanish Radio. Prince Harry, the Queen’s grandson are also supporters of the Gunners.

Famous actor and lead in the Oscar-winning film Rocky, Sylvester Stallone is probably the most famous ‘Everton’ fan. The actor started supporting Everton from 2007, ever since his friend and Everton chairperson Bill Kenwright introduced him to the Toffees. The veteran American actor has been so impressed by the club, that he even admitted that he should have bought the club 10 years back while he was speaking to Daily Mirror in an interview.

Keira Knightley has been nominated for two British Academy, three Golden Globe, and two Academy Awards. She keeps up with Hammer activities as best she can while on location for films like “Pirates of the Carribbean” and “Atonement.”

After watching the Hammers gain promotion to the EPL in 2005, Knightley proclaimed in an interview: “The atmosphere there is amazing. The games are shown at 6 a.m., and the pub is always packed.

“I plan on watching all the West Ham games I can this season. We’re back in the Premiership and we’re going to stay up.”