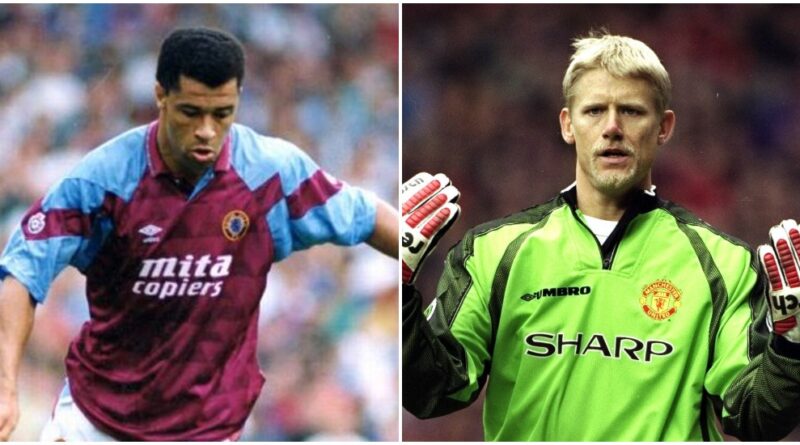 Aston Villa and Manchester United are two of the biggest and most followed clubs in England. United and Villa have a history of exchanging players. Over the years, many great players have switched sides between the two and played for both. In this article, let us have a look at some of the players who played for both Aston Villa and Manchester United.

Here are the ten players who played for both Aston Villa and Manchester United.

Eric Djemba-Djemba is regarded as one of Sir Alex Ferguson’s worst ever signings. Arriving in England, Djemba-Djemba was unknown to many fans and pundits alike. He played out a mediocre few years for United from 2003-2005, before being sold to Aston Villa.

He failed to make an impact at Villa Park either, where he made just 11 appearances in two years. Djemba-Djemba is probably the worst player to have played for both clubs.

A product of Manchester United’s youth academy, Richardson made 81 appearances in all competitions for the Red Devils between 2002 and 2007. His questionable attitude failed to endear himself to the Old Trafford faithful. He was offloaded to Sunderland in 2007.

Richardson joined Villa from Fulham in 2014. He spent two seasons with the club, making 33 league appearances. Following Villa’s relegation in 2016, Richardson left the club following the expiration of his contract.

Mark Bosnich play a decent number of games at Aston Villa. In seven years, he played 179 times in the league and is perhaps more fondly remembered by the Villa Park crowd than those in the hallowed Stretford End at Old Trafford.

In the summer of 1999, Mark’s contract with Villa expired and he signed for Manchester United as Peter Schmeichel’s replacement. However, it didn’t go to plan. Bosnich spent a season and a half at Man United, before leaving for Chelsea in January 2001, and only played 35 times. He didn’t feature at all in his second season with the club.

Johnsen was crucial to United in 1999. He had a brilliant partnership with Jaap Stam, with their skills complementing each other perfectly—Johnsen tending toward covering while Stam acted as a stopper.

Johnsen extended his career with a move to Villa, but he was unable to add further silverware to the medal haul he amassed at United. A phenomenal player in his prime, only injury prevented even more success.