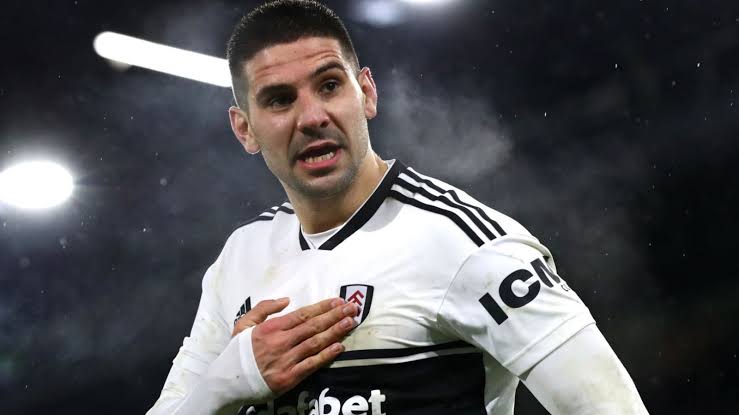 The 2020 January transfer window is just around the corner, and Aston Villa will be considering what business they will do. The Lions are in the midst of their first season in the Premier League, and they will be hoping to have a better window than in previous years. In this article, we will have a look at some of the players Aston Villa could sign in January transfer window.

Highly rated at Reading, Danny Loader has often been linked with moves to the top flight over recent years.

Just 19 years of age, he would fit the mould in terms of Villa’s transfer strategy under Smith and Christian Purslow – signing younger players with potential, that can accrue high re-sale value.

He was very close to a move to the Midlands over the summer, with the youngster seemingly set for Wolves, only for that deal to fall through.

He’s out of contract this summer, so Reading are likely to entertain offers if a new contract can’t be agreed.

The only issue Villa may have is other clubs battling for his services, with Manchester United one of the latest sides linked with a move for the promising striker.

Liverpool youngster Rhian Brewster could be available for grabs in the winter transfer window. Although it is understood that Villa don’t plan to splash the cash to the same extent as in the summer, a loan move could be viable.

According to the Mirror, Villa are keen to take the 19-year-old striker on loan. Dean Smith is among a host of Premier League and Championship managers said to be keeping tabs on Brewster.

Villa fans will be able to get a close look at Brewster later this month with the forward expected to feature in a second string Reds side in the Carabao Cup quarter final at Villa Park.

Villa are scouring the market for a new forward to support Wesley Moraes as January draws nearer and Darren Bent thinks Mitrovic could be the answer.

The 25-year-old has been in stunning form for Fulham this season.

“These teams should look at him because he’s too good for the Championship. He’s a big, strong powerful target man who scores goals when given the service.”

Colombian striker Alfredo Morelos is another man who’s been linked with a move to B6 this winter, and it’s hard to argue with his goal record so far this season.

He’s banged in 22 goals in just 26 appearances for rangers this season, although that does come with the caveat that he’s playing in the Scottish top flight, which is not at the level of the Premier League.

Regardless, the 23-year-old’s stock is at an all-time high, and although Rangers boss Steven Gerrard is confident a move won’t happen, that won’t stop clubs sniffing around.

The striker himself hinted that he’d fancy a move to a more competitive league when speaking on Colombian radio.

Villa boss Dean Smith knows the Algerian winger very well, having signed him for Brentford from Nice when he was in charge at Griffin Park.

Smith was eager to bring the 24-year-old to Villa Park during the summer, as he prepared his squad for a return to the Premier League, but the club failed to agree a deal with the Bees, who are said to value him at £20m.

Sky Sports suggest Smith could make a fresh bid for Benrahma when the January transfer window opens for business, although the price tag might once again prove a stumbling block.

Reports in The Guardian claimed the Argentina international is on the radar of Villa and Premier League rivals West Ham United and Sheffield United.

It was reported that the Hammers hierarchy held preliminary talks with Gaitan’s representatives about a move, with the 31-year-old most recently of MLS side Chicago Fire.

However, it has now emerged that Gaitan is in talks over a return to his homeland with Boca Juniors.

Reports on the continent suggested the Austria international could be in line for a move to Villa for a cut-price €5 million fee.

He has scored 13 goals in 18 games this season for Austria Wien – and it is claimed that Dean Smith’s side have sent scouts to watch him in action.

Aston Villa are preparing to make a shock move for Chelsea star Pedro, according to reports. The Spanish winger is out of contract at the end of the season and could be available for a cut-priced fee.

Pedro, 32, has featured in just one match since the end of October and is clearly down on Frank Lampard’s pecking order – his only goal this term came from the penalty spot against Grimsby.

Christian Pulisic has hit form after arriving from Borussia Dortmund in the summer while Willian is still consistently selected.

Callum Hudson-Odoi is back from injury and is also pressing for a starting spot, coming off the bench in six of the last seven Premier League matches.

The added benefit of Chelsea’s transfer ban being lifted, allowing them to buy players in January, is set to be further bad news for Pedro if Lampard decides to recruit in the forward positions.

However, he would add plenty of experience to an Aston Villa squad looking to avoid immediate relegation to the Championship.