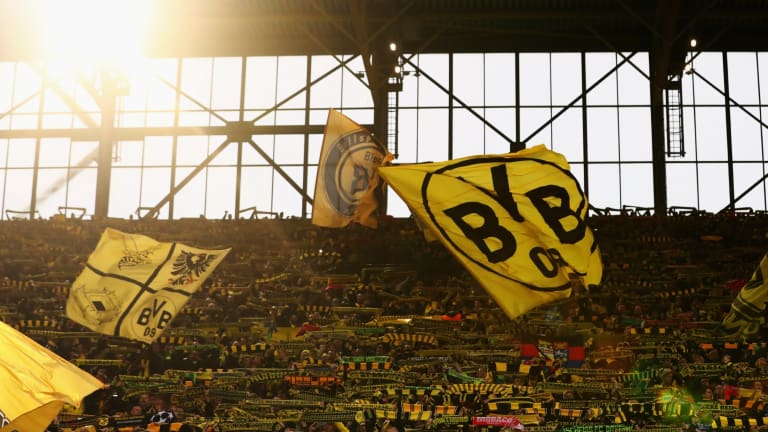 A great football club can have all things; money, talismanic players, and maverick managers. However, a club cannot be a club and cement its status without a magnificent stadium and justly exasperated fans.

For a football fan, the stadium is his place of reverence, where he can get the true and holy experience of the greatest game. He can feel the sport and live the game. He can eternally keep the memories in his heart.

Some of the astronomical clubs and footballing nations have the greatest and most iconic football stadiums. From Brazil to Japan, from Europe to Africa, stadiums have become synonymous to football. One can feel the electric atmosphere, the pure emotions and all the enchantments, sorcery in there.

Stadiums are the witnesses of the greatest stories and legends in football, stories that will be lived and forever remembered. Here, we have ranked the 12 Most Iconic Football Stadiums in the world. For the ranking, we have taken the atmosphere, fans, size, how famous they are, and tradition into account.

This is the stadium famous for its hosting of FIFA World Cup Final of 2010. It is truly an astounding feat of engineering and design. Labelled as one of the noisiest stadium in the world , it is the home of South African national team and Kaizer Chiefs.

It is the largest stadium in Africa and is also known as The First National Bank Stadium, FNB Stadium, and The Calabash.

Named after the sponsors, Allianz, the stadium is a modern marvel in every sense. It has a luminous exterior with all the sparkle and beautiful designs, which looks splendid. The nickname of the stadium is Schlauchboot. The stadium has hosted six 2006 FIFA World Cup ties, 2012 Champions League Final and many European fixtures.

The ‘Theatre of Dreams’ is home to Manchester United. It is the only stadium in England that has a five-star ranking by UEFA. Old Trafford has been carrying old tradition with a modern touch in football seamlessly. The players pass through the famous ‘Red Tunnel’ before they enter the ground. There are very few stadiums in the world that can match Old Trafford in terms of history and legacy.

There are few legendary stadiums in Italy, but without a doubt, San Siro has to be the most iconic. Also known as The Guiseppe Meazza Stadium, it is the home of two of the best clubs and in the world; AC Milan, Inter Milan and the national team of Italy the Azzurri. The most revered stadium in Italy has hosted many finals and international fixtures.

Home of Liverpool, current champions of England, and one of the most successful clubs in the world. This is the stadium where every player dreams of playing once in their lifetime. The iconic red sea of fans, players, and the stadium itself, it grants an environment that captivates you throughout your visit. From famous “This is Anfield” and “You will never walk alone”, Anfield has been an icon, a gift to the entire world.

An interesting is that it was the home of Everton, Liverpool’s local rivals, from 1884 to 1892.

The home of Real Madrid FC, one of the most successful clubs in the world. The stadium never fails to mesmerize and cast magic on the fans. It is one of the most visited places in Madrid with more than a million visitors per year. It matches the history of the club, which has record 13 European Championship with three consecutive wins, a feat achieved never before. The stadium was initially called Nuevo Estadio Chamartin. It was renamed eight years later.

You will hardly find anyone in the world who calls himself a football fan and does not know Barcelona and Camp Nou, the birthplace of Tiki Taka. Graced by the GOAT Lionel Messi, Camp Nou is by far the largest football stadium in Europe and one of the holiest! It has been a fortress where rival teams simply come, play, entertain and lose. Camp Nou means ‘The New Stadium’. Spain has won only Olympics gold in football here.

As the only of the two stadiums to have ever had the privilege of being asked to host two World Cup finals (1970 and 1986), the Azteca stadium is the most iconic in world football, as well as being both the fifth-largest ground in the world and the largest football pitch.

Home to both the Mexican national team and domestic side Club America, the stadium is associated with some of the most memorable international matches in the history of the game, including the 1970 World Cup final between Brazil and Italy, and of course, the 1986 World Cup quarter-final between Argentina and England which featured Diego Maradona’s infamous goal.

One of the most iconic football stadiums in the world, the largest stadium in Scotland, also the home of the Scottish National Team is Celtic Park. The venue of the 2014 Commonwealth Games and numerous world-famous concerts. Celtic Park is the home of the greatest club in Scotland and the European heavyweight, Celtic F.C., which has won the Scottish Championship 51 times.

In the words of the legends Xavi and Iniesta, Celtic Park is the most passionate footballing ground, where one can see what the passion and love for the game is. It is indeed an astonishing feat that Celtic Park is always full, always dynamic. In the footballing world, no one can match the passion of Celtic fans. What a great place to be!

Dortmund has one of the most loyal legions of fans and when 80,720 fans dressed in Black and Yellow sing at the top of their voice, this becomes one of the toughest stadiums to play at. It is Germany’s biggest stadium and stands 7th in Europe in terms of capacity.

When the stadium opened in 1974, it stood out from the rest of the football grounds because of its rectangular shape as most of the football stadiums were built in a bowl-like way. And this served as an inspiration for stadiums constructed henceforth. The stadium was one of the playing venues in the 2006 World Cup where it had the privilege to host the Germany-Italy Semifinal.

Wembley is such a prestigious stadium where every legend craves to play once in their career. Wembley has a separate place in the hearts of all football fans. With a capacity of 90,000, it is one of the most iconic venues in the UK and has been the setting for numerous world-famous events. Wembley Stadium has hosted many notable events. It was the venue for the 1948 Olympic Games as well as England’s win against Germany in the final of the 1966 Fifa World Cup. The original Wembley Stadium was built as the focal point of the British Empire in 1924 and was known as the Empire Stadium. Whenever we say ‘The Home of Football’, we mean The Wembley.

Wembley will host the finals and semi-finals of the UEFA Euro 2021 football championship. Wembley’s iconic sliding roof covers every seat in the stadium, making it the largest fully covered stadium in the world.

No.1 among the most iconic football stadiums in the world is ‘The Maracana’. There are only a handful of stadiums outside Europe as historic as the Maracana and matches the stature of it. The stadium is in the ‘Hall of Fame’ because it has hosted two world cup finals-1950 and 2014-and the Olympic Games football final in 2016. The official name of the stadium, Estádio Jornalista Mário Filho, was given in honour of a journalist.

Having amassed the record number of fans, 199,854, in 1950 world cup final, one of the most talked about finals between Uruguay and Brazil, the arena is legendary in every right.

One thought on “12 Most Iconic Football Stadiums in the World”