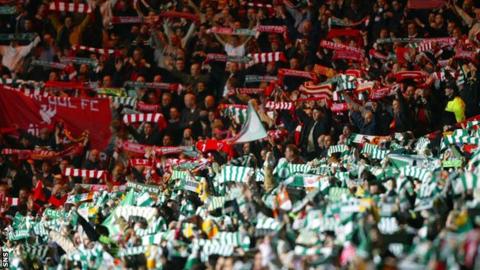 There are a number of nations that plays football and has domestic leagues and championships. But nowhere in the world, it is as dramatic as in the United Kingdom. From the top division tier to the lower division games, fans are glued to the games on the weekends and sometimes during weekdays.

Not only from their home crowd, but the clubs in UK have hardcore fans from all over the world. Here is a list of 10 most followed clubs in UK whose performance exhibitions are showcases of agony and ecstasy.

Everton used to have a glorious past but now haven’t won any trophy for quite a long time. But this doesn’t stop their fans to backup and support the team on their match-days. Nevertheless they have been successful in maintaining an average league position of eighth. They are currently managed by Marco Silva.

Leicester did the unthinkable when they won the League title in 2015-2016 season, under the leadership of Claudio Ranieri. Being a team out of the top six, their journey was absolutely fabulous. Jamie Vardy being the talisman, scored in consecutive games and helped his team to live their dream. With Brendan Rogers as their manager now, they have managed to stay within the top four teams currently.

They have won the most number of major honors(115) among the Scottish football clubs. The club is currently managed by ex Liverpool player Steven Gerrard, and sits second in the table. They have a pretty aggressive fan-base in Scotland and from other parts of the world.

Spurs recently sacked their manager Pochettino and appointed Jose Mourinho as their new manager. They played well under him and even became the runners-up of last season’s Champions League. But they have failed to win any major honor in recent times. Spurs have also produced some quality players from their youth academy.

The dominant force in Manchester now, and in UK, City has been absolutely fabulous lately. Under Pep Guardiola, they have won two successive league titles, with a domestic treble last season. City got out from the shadow of their rivals and reconstructed themselves in this decade. Every football fan would definitely remember that “Aguerooooo” moment, when City scored in the final seconds to snatch the league title from United. With an attractive football, City have won many fans from all over the football community.

Chelsea has been successful in maintaining their form. They defeated Arsenal to win the Europa League last season. With their own club legend Frank Lampard as their manager now, they are doing a brilliant job in promoting their academy players. Chelsea fan-base is known as “The Blues”. Chelsea gained prominence under the ownership of Roman Abrahimovic, who spent quite well in the transfer windows consecutively to ensure the clubs’s form.

Celtic FC is one of the biggest clubs to come from UK. They were the first team from UK to win the European Cup. They achieved the feat in 1967, and that team is proudly remembered as Lisbon Lions.

Celtic have appointed Neil Lennon as their manager last season and currently tops their league table. They have quite a large fan-base around the world in over twenty countries. They have a fierce rivalry with the Rangers and most of their fan-base are catholic, contrary to their rivals.

Only Arsenal have the record of winning the golden Premier League trophy when they won it in the 2003-04 season. That team under the manager of Arsene Wenger, has been named as “The Invincibles”. After Arsene’s exit, the club has been struggling under the new coach Unai Emery. With a good squad, the club will probably try to reconstruct the managerial bench again.

Liverpool are the winners of last season’s Champions League and with Jurgen Klopp as their manager, are drawing out strong performances week in and week out recently. They can easily be considered as the “one of the most successful English club”. With the highest number of European titles amongst the English clubs, and eighteen league titles, they have an energetic fan-base.

Though they have faltered in recent times, they have achieved some major honors under the legendary Sir Alex Ferguson. They have three European titles and highest number of league titles(20). Their current manager is one of their ex-player, Ole Gunnar Solskjaer. Man United fans have a lot to brag about irrespective of their current performances.

One thought on “Most Followed Clubs In UK – Top 10”