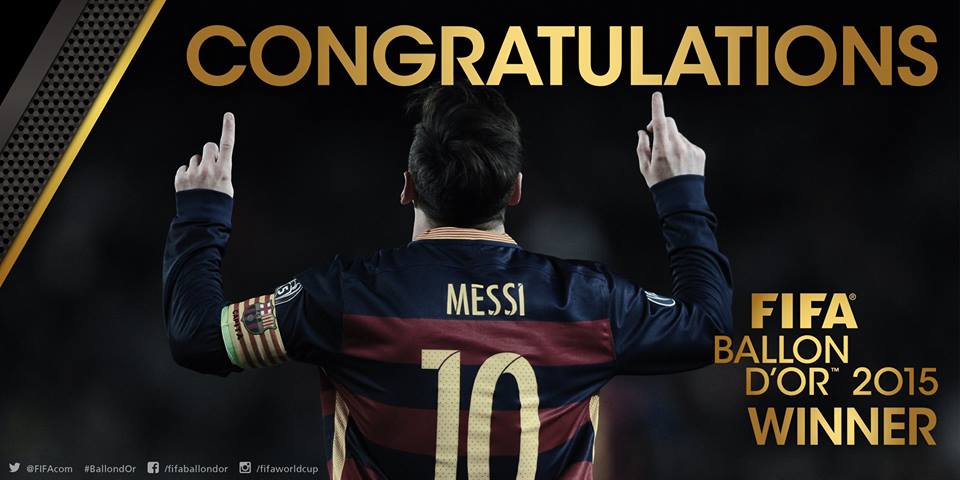 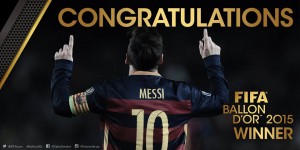 Lionel Messi has won the Ballon D’Or for the 5th time ,a world record.He beat clubmate Neymar and Cristiano Ronaldo to the award.He is the only player to win the Ballon D’Or 5 time .Messi scored a remarkable 52 goals for club and country across the calendar year – five less than Ronaldo – as well as contributing 26 assists in 61 appearances, scoring or assisting every 0.78 games.

The 27-year-old first won the Ballon d’Or in 2009, before it merged with Fifa’s World Player of the Year award, and won it every year afterwards until 2012 when his stranglehold on the award was finally broken by Ronaldo.

He was also included in the team of the year,FIFA Team of the Year
Neuer
T.Silva
Ramos
Alves
Marcelo
Pogba
Modric
Iniesta
Neymar
Messi
Ronaldo
Congratulations to the Best 11 players of the year. 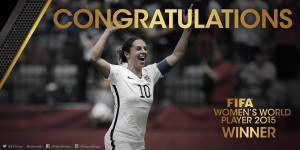 Any player who has won the award admits that its the biggest individual honour anyone can get,and with the fact Messi did it 5 times ,we have to consider him as one of the greatest ever if not the greatest ever.