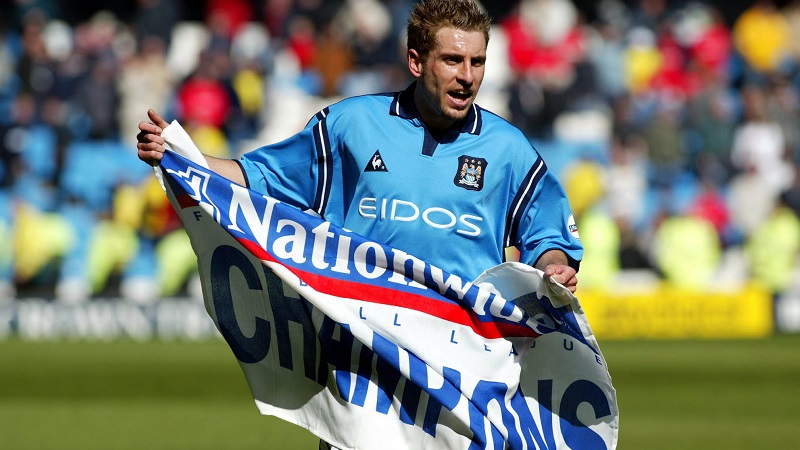 Manchester city are one of the biggest clubs in Europe currently.They have a fantastic squad,that can compete for Premier League,Champions League every season.But this wasn’t the case in the past.The club have seen many ups and downs in its 136 years old history.Lets us have a look at their History.

Manchester City Football Club was Founded in 1880 as St. Mark’s (West Gorton), they became Ardwick Association Football Club in 1887 and Manchester City in 1894.City gained their first honours by winning the Second Division in 1899; with it came promotion to the highest level in English football, the First Division. They went on to claim their first major honour on 23 April 1904, beating Bolton Wanderers 1–0 at Crystal Palace to win the FA Cup; City narrowly missed out on a League and Cup double that season after finishing runners-up in the League but City became the first club in Manchester to win a major honour.Man City`s home stadium at that time was Hyde road.A fire at Hyde Road destroyed the main stand in 1920, and in 1923 the club moved to their new purpose-built stadium at Maine Road.

In the 1930s, Manchester City reached two consecutive FA Cup finals, losing to Everton in 1933, before claiming the Cup by beating Portsmuth in 1934. During the 1934 cup run, Manchester City broke the record for the highest home attendence is English football history for any club, as 84,569 fans packed Maine Road for a sixth round FA Cup tie against Stoke City in 1934 – a record which still stands to this day. The club won the First Division title for the first time in 1937, but were relegated the following season, despite scoring more goals than any other team in the division.

Twenty years later, a City team inspired by a tactical system known as the Revie Plan reached consecutive FA Cup finals again, in 1955 and 1956; just as in the 1930s, they lost the first one, to Newcastle United, and won the second. The 1956 final, in which Manchester City beat Birmingham 3–1, is one of the most famous finals of all-time, and is remembered for City goalkeeper Bert Trautmann continuing to play on after breaking his neck.

In the summer of 1965, the management team of Joe Mercer and Malcolm Allision was appointed. In the first season under Mercer, City won the Second Division title and made important signings in Mike Summerbee and Collin Bell. Two seasons later, in 1967-68 Manchester City claimed the League Championship for the second time, clinching the title on the final day of the season with a 4–3 win at Newcastle United and beating their close neighbours Manchester United into second place. Further trophies followed: City won the FA Cup in 1969, before achieving European success by winning the European Cup Winner`s Cup in 1970,  City also won the League cup that season, becoming the second English team to win a European trophy and a domestic trophy in the same season.

One of the matches from this period that is most fondly remembered by supporters of Manchester City is the final match of the 1973–74 season against arch-rivals Manchester United who needed to win to have any hope of avoiding relegation. Former United player Denis Law scored with a backheel to give City a 1–0 win at Old Trafford and confirm the relegation of their rivals.

A long period of decline followed the succes of 1960s and 1970s . The club were twice relegated from the top flight in the 1980s (in 1983 and 1987), but returned to the top flight again in 1989 and finished fifth in 1991 and 1992 under the management of Peter Reid. However, this was only a temporary respite, and following Reid’s departure Manchester City’s fortunes continued to fade. City were co-founders of the Premier League upon its creation in 1992, but after finishing ninth in its first season they endured three seasons of struggle before being relegated in 1996. After two seasons in Division One, City fell to the lowest point in their history, becoming the second ever European trophy winners to be relegated to their country’s third league tier.Under manager Joe Royle, City were promoted at the first attempt, achieved in dramatic fashion in a play-off against Gillingham. A second successive promotion saw City return to the top division, but this proved to have been a step too far for the recovering club, and in 2001 City were relegated once more. Kevin Keegan replaced Royle as manager in the close season, and achieved an immediate return to the top division as the club won the 2001-02 Division One championship, breaking club records for the number of points gained and goals scored in a season in the process.

The season 2002-03 was the last season at maine road ,then city moved to the Etihad Stadium.In 2008 City was brought by Abu Dhabi United Group,since then City have brought in some world class players and won the FA Cup in 2011 and the league title in 2012 under Italian manager Roberto Mancini.After Mancini ,Pellegrini took over and won the league and cup double in his first season incharge.He also took City past the group stages of UEFA Champions League for the first time in history only to be knocked out by barca in the last 16.City went trophyless last year.There are rumours that Pep Guardiola might replace Pellegrini as the manager of the club.So far this season City have made a decent start to their Premier league campaign and have qualified to the last 16 of UCL and are in the semis of the League cup.