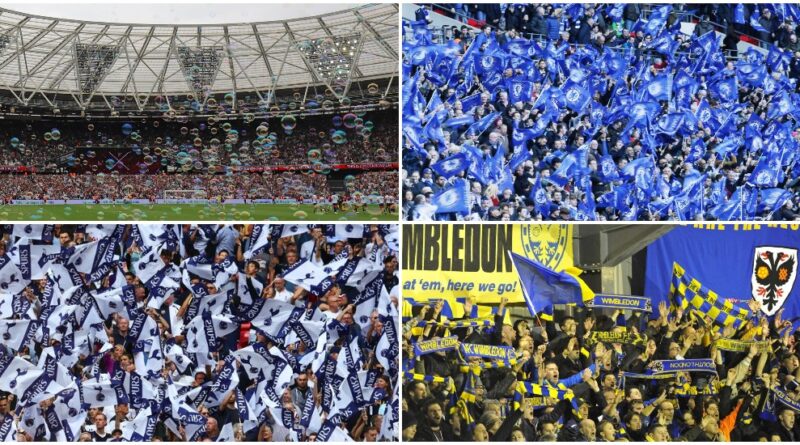 Taking into account various things like attendance, social media presence and engagement, shirt sales, and a number of other factors in order to have an accurate gauge, we have compiled our list of most passionate fan bases among the London Clubs.

Here you can find that the trophies or fame don’t always matter to the fans. It’s the love and passion for the club that matters the most.

Queens Park Rangers are the London-based club that play in the Championship. They have a rich history behind their back. They have the main rivalries against the West London clubs like Chelsea, Fulham and Brentford. The West London Derbies are renowned for the cheering of fans throughout the whole match. They are one of the biggest London clubs according to passionate fan bases

Charlton Athletic are the South East London side who play in England’s third-tier competition EFL League One. They have the most rivalries against Crystal Palace and Millwall.

The club’s fans are really attached to their club as till 2008 any season ticket holder could apply to be the elected supporters’ director. Now, this process has been abolished but a Fan’s forum has been formed who take the important decisions for the club. The Club supporters are commonly known as ‘The Addicks’ and the club is also associated with popular culture.

The South West London club plays in the third tier competition of English Football League One. The Club have a good fan base locally. They have their main rivalries against MK Dons, Sutton United, and Crawley Town. After promotion to League One, they have to play South London Derbies against Millwall and Charlton Athletic which are well cheered by the fans.

The London-based club is recognized as the oldest in terms of foundation year to play in the Premier League. They are currently in the Championship. They are among the top 20 in terms of attendance in England. Their fans were always beside the club. Their supporters’ committee ‘Back to the Cottage’ ensured their club to play in their home stadium Craven Cottage which was temporarily shifted to Loftus Road.