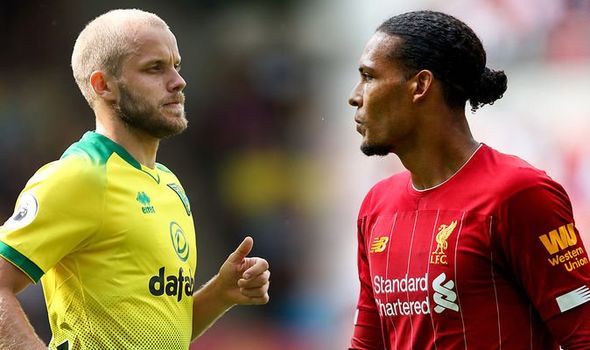 Liverpool will look to kick off their season with a bang as they welcome Norwich at Anfield for the first game of the Premier League 2019-20.

Premier League is finally back and the last season runners-up will host the Premier League new comers in the first match. Liverpool will look to make a good start to this new campaign and lay the foundation of a solid season.

They enjoyed a great last season, racking up 97 points. However, it was only good enough to earn them the second place. This season they will hope to go all the way.

Norwich, on the other hand, are not a side to be taken lightly. They stormed to the Championship title while playing some scintillating possession-based football. Those tactics will be put to their biggest test when they face the aggressive pressing game of their hosts.

Mane played no part in pre-season after helping Senegal to the final of the Africa Cup of Nations. The Premier League Golden Boot winner rejoined his teammates earlier this week after an extended break. But Klopp may opt to use Champions League hero Divock Origi up front in order to give Mane more time to get back up to speed.

Midfielder James Milner, who missed the Community Shield last weekend, has recovered from a muscle strain. However, it is unlikely that he will be thrown into the action straight away.

Norwich will be without injured central defenders Timm Klose and Christoph Zimmermann, along with midfielders Alex Tettey and Louis Thompson.

Josip Drmic and Patrick Roberts are likely to play some part in the game.

Players to watch out for –

Do you think we missed some details on Liverpool vs Norwich City Preview, let us know in the comments box. We will make sure that we cover those details in the next preview.