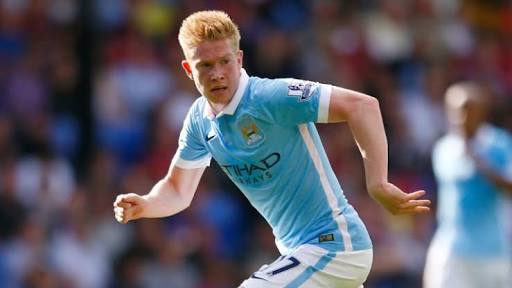 Manchester City’s midfield maestro Kevin De Bruyne is set to sign a new six-year contract. According to the Daily Mail, De Bruyne’s new contract will see him earn around €226000-a-week with an added €68,000 in image rights.

City have been in talks with De Bruyne’s agent, Patrick De Koster over the last few months, as they look to secure the long-term future of their key players. David Silva, Nicolás Otamendi and Fernandinho, have all committed their future to the club by signing extension deals. De Bruyne’s new contract is expected to be announced over the coming days, following which, the club will look to negotiate with the younger players, namely Gabriel Jesus, Raheem Sterling and Leroy Sané. A new contract for Ederson looks likely to be wrapped up at the end of the season, while the club has already expressed their desire to tie-down Pep Guardiola to a new contract.

De Bruyne dropped a hint over his future last week. Speaking to the Daily Star, he said:

“I made the right decision in coming to City and my family feels the same, so everything is good.

“The team is going in the right direction and that is also important.

“I’ve no feeling to go anywhere else and I enjoy being part of the project here and playing the kind of football we are playing.”

According to Goal, De Bruyne will earn a €10 million signing-on fee which will be paid during the course of the contract. The new contract also features incentivized performance related clauses based on appearances, Champions League qualifications, silverwares and individual awards.

The fees are all expected to be paid in euros, owing to the drop in value of the pound sterling, following United Kingdom’s European Union referendum in 2016.

The 26-year-old’s current six-year contract runs until 2021 and sees him earn around £120,000-a-week. The new deal is expected to keep him at the club until 2023 and could see his current income rise to €18 million annually.

De Bruyne has been a revelation ever since joining City in the summer of 2015. Currently regarded as one of the best midfielders in the world, he has been a key cog in Guardiola’s well-oiled system.