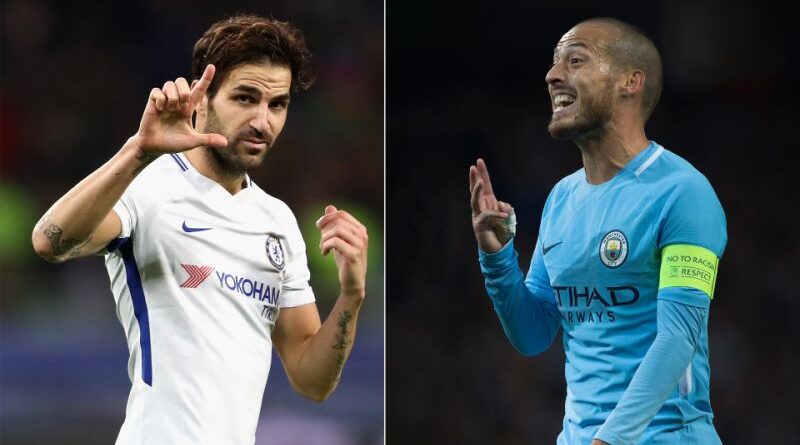 The Premier League has been graced with many brilliant Spanish players. There are not many countries that can boast more Premier League imports than Spain can. Spaniards have their quirky way of playing “Beautiful Football”. They have a certain persona and unique technical qualities in their game that makes everyone go “wow!”. 144 players from Spain have played in the English Premier League since its inception. In this article, we are going to jot down 10 greatest Spanish Premier League players ever.

Here are the 10 greatest Spanish Premier League players ever.

The Spanish starlet is an extremely talented individual. He is a criminally underrated player. Cazorla is a special player with a lot of skills. He is an elegant passer of the ball and his tackles are very powerful. But unfortunately, his injuries did not let him reach his full heights. He is a magician in disguise. The Spaniard scored 25 goals and made up 35 in 129 games in the Premier League. He won 2 FA Cups and 2 Community Shields with Arsenal. The way he recovered from that horrible injury in his right Achilles tendon after undergoing 8 operations is quite astonishing and inspiring. He is a living inspiration for all of us.

Pepe Reina is regarded as one of the best goalkeepers in Liverpool’s history. He won the golden glove consistently in his first 3 seasons for the club. He kept 136 clean sheets in 297 games played in the league. Rafa Benitez was always dependent on the reliable Pepe Reina between the goalposts. His presence alone was daunting for the attackers. After moving from Villareal in 2005, Reina was the fist choice goalkeeper for Liverpool for 8 years. He left the Premier League in 2014 and then returned to Aston Villa in 2019 and now he has left again for Napoli after one season.

Statistics don’t do justice to how good Juan Mata is. The Spanish magician is a joy to watch, whether it is orgasmic playmaking, tremendous passing regime, or staggering shooting and dribbling skills, he has got it all. He is a splendid attacking midfielder who can also play as a winger. The left-footed Spaniard has played 262 matches scoring 51 and assisting 52 for both Manchester United and Chelsea. He won the Chelsea player of the year award two times. He is undoubtedly one of the greatest Spanish Premier League players ever.

The merciless goal scorer was like a bully for the entire Premier League. He is one of the most prolific goal scorers to have ever played in EPL. He did not have a long stay in the league but won it 2 times scoring 20 goals in those winning campaigns. The Brazil-born Spanish international scored 52 goals in 89 games in his spell in English Premier League. When he plays with focus, he is a very deadly striker and can cause havoc with his great finishing abilities. He has a strong figure and his presence is intimidating for the opponents. He is widely regarded among the greatest Spanish Premier League players ever.