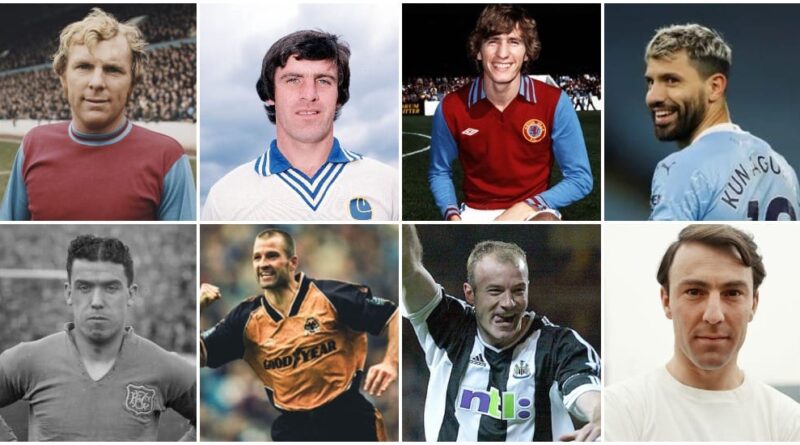 Paine made over 800 appearances (a club record) in 18 seasons with the club. After joining the club in 1956 , he quickly became a regular for the team as a right-sided winger, and was also on occasion played on the left-wing, in the centre of midfield, or upfront. In 1960 he was a part of the squad which won the club’s only Third Division title, and in 1966 helped the club to its first promotion to the First Division. Paine left Southampton in 1974 after the club was relegated back to the Second Division.

With a total of 228 goals, Mick Channon is Southampton’s top scorer of all time. The striker played for Southampton for fifteen years, helping the club win the FA Cup in 1976, the only major trophy ever claimed by the club. In addition to performing brilliantly at the club level, Channon also showed good performance at the national team level. He became one of the most remarkable players in England’s national football team in the 1970s, scoring 21 goals in 46 appearances.

Le Tiss, or ‘Le God’, as Southampton fans often refer to him as, spent his entire professional career on the south coast, spanning 16 years and seeing him score 209 goals in 531 games. Le Tissier is the second-highest scorer in Southampton history and won the club’s Player of the Year award on three occasions.

Mackay was a physically imposing, but also creative midfielder who was the catalyst for the longest period of success in Spurs history. During a nine-year spell he won the league twice, the FA Cup three times, and the Cup Winners Cup once, collecting 22 Scotland caps all the while. He was part of the double winning side of 1960-61, took the FA Cup for a second straight season in 1961-62 and won the European Cup Winner Cup in 1962-63.

Greaves is Spurs’ highest goal scorer. He struck an incredible 266 times in 380 games for Spurs on the way to winning two FA Cups and the Cup Winners Cup. Greaves finished as top League goalscorer in 1963, 1964, 1965 and 1969. His record of finishing top goalscorer for six seasons has never been matched and he is still a welcome figure around the club to this day. He even managed to pick up a World Cup winners medal in that time too.

Blanchflower is regarded as the best Tottenham player of all time. One of the leaders and most decorated players of the great Tottenham side of the fifties and sixties, Blanchflower captained Spurs to a league and FA Cup double in 1961. He also lifted the Cup Winners’ Cup and was twice named Player of the Year while at the club.

With intelligent movement and a strong aerial prowess, coupled with excellent service, Jenkins was a deadly forward. He played almost 400 times for the club earning legendary status in the process of scoring 142 goals. His contributions were recognised both in 1976 and 1979 when he won the Player of the Season award.

Barnes was arguably the most gifted player to ever wear the yellow of Watford. Barnes was just 17 when he made his debut and helped Graham Taylor’s side in promotion in his first season. During six seasons he scored 83 goals in nearly 300 outings and earned a £900,000 transfer to Liverpool in 1987.

Luther Blissett is all-time record appearance maker and goal scorer for Watford. The centre forward scored 186 goals in 503 matches over three separate spells at Vicarage Road after making his initial debut in the 1975/76 season. He was a key part of Watford’s rise from the Fourth Division to a second-placed top-flight finish in 1982/83.

After signing from Charlton as a young full-back, Bonds went on to make a record 793 appearances for the Hammers in a spell at the club stretching over 20 years. Grit and determination is something West Ham supporters have always been fond of, and it is possible that this derives from Bonds. After Bobby Moore left for Fulham, Bonds’ natural leadership made him the obvious successor to the captain’s armband, and this was an honour he held down for many years to come.

Trevor Brooking was an FA Cup winner in 1975 and 1980 for West Ham. The midfielder, who played 528 times for the club, won 4 Hammer of the Year trophies in 1972 and won it three times consecutively in 1976-1978. In 2009 a stand at Upton Park was named after Brooking. When the Hammers were relegated, Brooking showed indescribable loyalty by pledging to stay with the team, and he did so for the rest of his career. He has even made a brief comeback as manager on 2 occasions in times of trouble and only lost 1 game.

The striker was regarded as a goalscoring machine for Wolves and his strikes helped the club reach the UEFA Cup final in 1972. He finished with a total of 194 goals, making him the second-highest all-time scorer for the Midlands club.

A goal-scoring midfielder with an eye for goal he spent 16 years with Wolves from 1968-1984 when he departed for Coventry City. Hibbitt enjoyed an excellent record of 114 goals in 570 appearances for Wolves. He won two League Cup Winners medals in 1974 and 1980 and also helped Wolves win promotion from the Second Division in 1977 and 1983.

Steve Bull is quite simply the greatest goalscorer in the club’s history. The striker famously scored 50 goals in two successive seasons during the late 1980s. He ended up with a huge tally of 306 goals and 18 hat-tricks for the club, making him an undisputed legend.