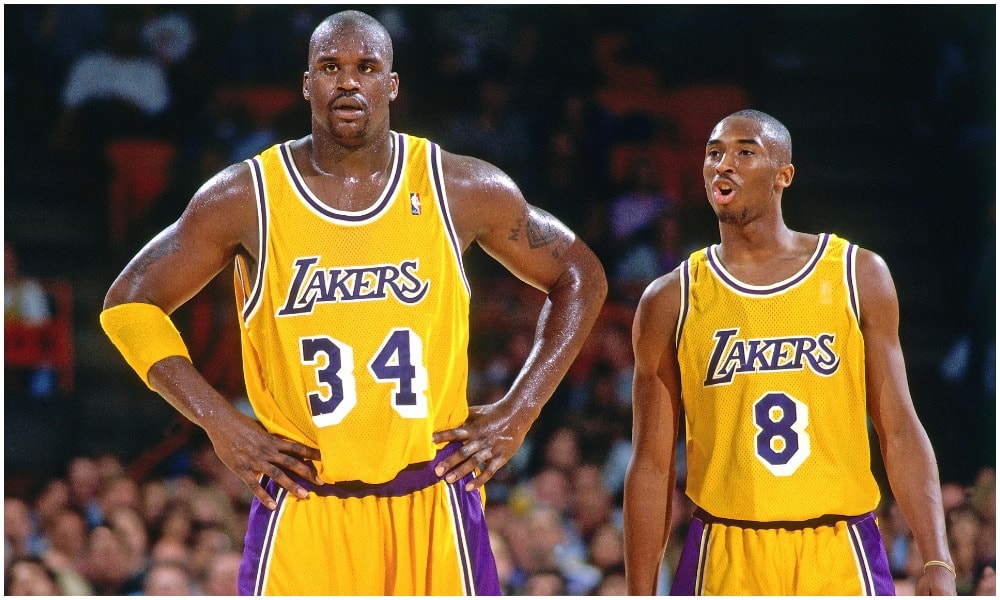 The Los Angeles Lakers is one of the most storied franchises in not only the NBA but all of sports. The amount of star power is staggering. You could make a whole dream team if you gathered the best players who’ve ever worn purple and gold – starting from the likes of George Mikan, and all the way to more modern Laker stars, such as Kobe Bryant and LeBron James. They have had several Hall of Famers and future Hall of Famers don the purple and gold in their rich history. In this article, let us have a look at some of the greatest Los Angeles Lakers ever.

Here are the ten greatest Los Angeles Lakers ever.

A silky smooth scorer, Gail Goodrich was one of the key components of the Laker teams of the 70s. Able to score from all over the court, Goodrich was also a more than capable passer who meshed incredibly well with Jerry West in the backcourt

What make these numbers so impressive are the players Goodrich played with and the things they accomplished as a unit. His role in bringing the 1st championship to LA cannot be understated.

Big Game James was a big part of the Lakers success in the 1980s. Blessed with blistering speed which allowed him to get past virtually anyone, Worthy made a living out of scoring inside and with the mid-range jumper.

A three-time title winner, Worthy was selected to the top 50 of All-Time list. He played all 12 seasons of his career with the Lakers and earned the moniker, “Big Game James.” He was the perfect wingman for Magic Johnson in the 1980s. He is undoubtedly one of the greatest Los Angeles Lakers Ever.

George Mikan is on this list because of his outstanding influence. He won five titles while playing for the Minneapolis Lakers, in the late 40s and early 50s. Nicknamed Mr. Basketball, he was one of the first players to cause people to realize that it was a big man’s game. Similar to other players on this list, he was practically unstoppable in the face of smaller defenders – and every big man today owes him a debt of gratitude.

For all of Mikan’s playing accomplishments he will be most remembered for one thing “the Mikan drill”. This is a drill where the player rebounds the ball with one hand and uses that same hand to lay the ball up. It is a drill that every post player is taught and depending on the player’s athletic prowess masters. Since it is a drill based on repetition and not skill most post players spend very little time developing it. This drill if used correctly could result in tremendous success.

Mikan is one of the few players in league history who gave more to the game of basketball then he received.

An athlete unlike any other in his time, Wilt was extremely skilled, being able to finish inside at will and having an unstoppable post fadeaway to boot. Disagreements with ownership in Philly led to him being traded to the Lakers in 1968.

In four years, he helped the Lakers accomplish something his hall of fame counterparts could not. He gave birth to a championship franchise and created a standard of excellence that the Lakers continue today. This is the reason, he is remembered as one of the greatest Los Angeles Lakers Ever.

Wilt was the Finals MVP for the Lakers championship team in 1972. He dominated the record books, averaging 30.1 PPG and 22.9 RPG for his career. He didn’t spend the greatest amount of time in Los Angeles, but he was the main piece to a championship team.

The somewhat forgotten man in Lakers history, Elgin Baylor remains one of the most underrated players of all time. Perhaps the first above the rim player the NBA had seen, Baylor was also a terrific rebounder, adept passer and his hanging jump shots were a sight to behold.

In 1958, the slumping Lakers drafted Baylor 1st overall and he instantly turned them into contenders, leading them all the way to the Finals where they lost to the Boston Celtics, as a sign of things to come.

Baylor continued to dominate after the arrival of Jerry West and peaked in 1961-62 when he averaged over 38 points and 17 rebounds, but the Lakers lost to the Celtics in the Finals despite an NBA Finals record 61 points by Baylor in Game 5.

A little-known fact is that the Lakers were on the verge of folding back in 1958 and had Baylor not joined the team, they might as well have. He to this date is the franchise leader in points per game and total rebounds.