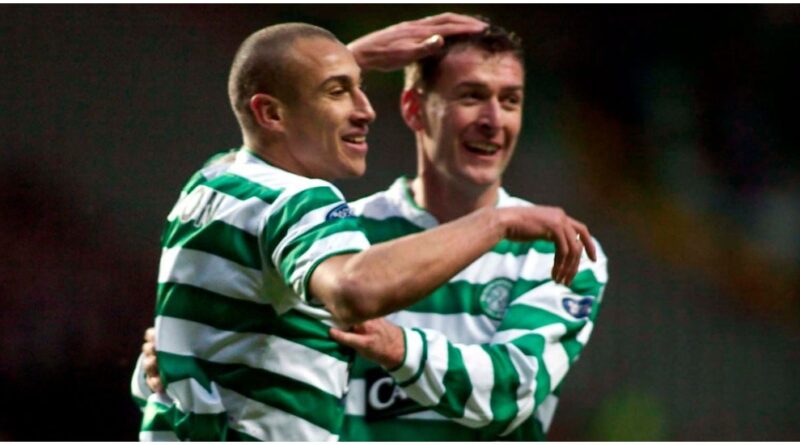 There is no doubting Celtic’s status as one of the biggest football clubs in the UK. The Scottish giants have attracted many great players over the years who have helped them win titles. A striker is one of the most important individuals of a team, all the buildup of gameplay comes down to a striker finishing up the move clinically. Many great strikers have played for Celtic at Celtic Park. Following are some of the greatest Celtic FC strikers ever.

Considering the impact on the team, goalscoring record, success and fans’ opinion, here are the ten greatest Celtic FC strikers ever.

Hartson was known to be a big game player. Bigger the stage, the more likely he was to score a goal. The Welsh striker struggled at the beginning of his career with Celtic but became a prolific goal scorer later on for the Bhoys. The game in which he did finally score his debut goal, he went on for a hattrick vs Dundee United.

He scored 109 goals in 201 games for Celtic. One of his most memorable goals is the out of the box beauty against Liverpool in UEFA Cup 2003. He won three league titles, two Scottish Cups and a League Cup with the Hoops.

Chris Sutton is one the best all-time players for Celtic and fans love him to this day. He was a world-class centre-forward. On his debut for Celtic, he scored his first goal which was a match-winner against Dundee United. He won the Scottish Premier League 4 times, Scottish Cup twice and the Scottish League Cup.

Sutton was also part of the team that made it to the final of UEFA Cup 2003 but lost to Porto. After scoring 86 goals in 199 games for Celtic, he left the club in 2005 to play for Birmingham City. He is one of the greatest Celtic FC strikers ever.

Jimmy Quinn signed for Celtic on New Year’s Eve of 1900. He started originally as a Left Winger but later on became a full-time striker, which suited him better. He had a great pace off and, on the ball, and also possessed extreme shot power with high precision.

Quinn is the fourth all-time top goal scorer for Celtic with 239 goals in 369 games. He was brave and had excellent aerial abilities. The fearsome firepower of this humble man from Croy was the foundation on which a glorious era in Celtic history was built. 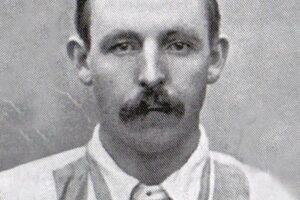 Sandy McMahon had a phenomenal goal scoring record at Celtic with 200 goals in just 261 games. He was an excellent header of the ball and could also dribble very effectively. He won three Scottish Cup titles and four Scottish League medals.

McMahon was the man of finals with 2 goals in the 1892 Scottish Cup Final, 1 goal in the 1899 Scottish cup final and one in the 1890’s cup final, in which Celtic defeated Rangers by two goals to nil. After spending 13 years at Celtic Park, McMahon left Celtic to join Partick Thistle, where he retired after just one season.