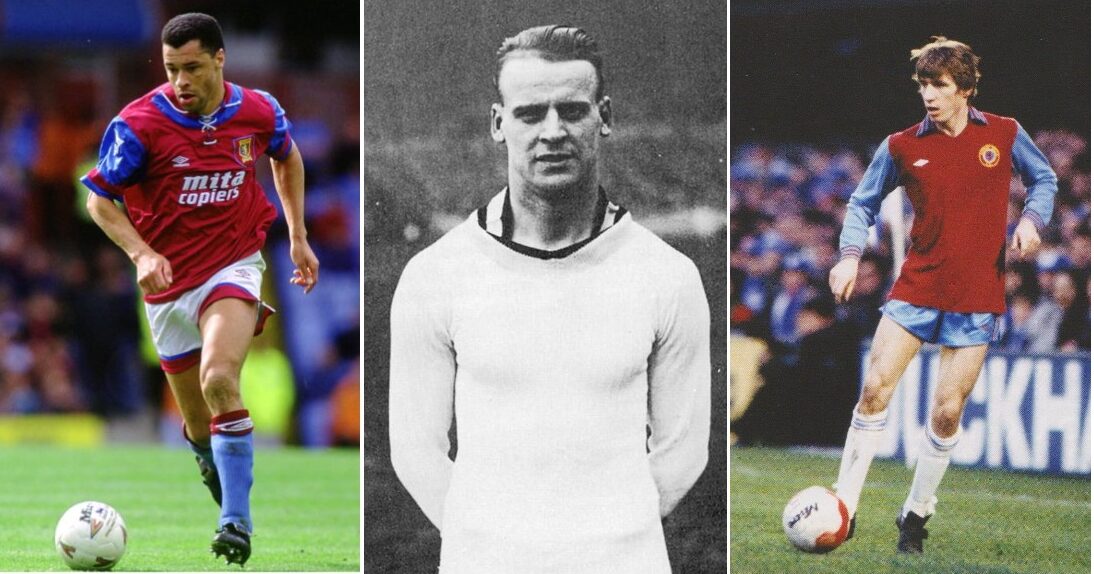 Aston Villa is one of the biggest clubs in England. They have a very rich and successful history. Many great players have played for the club over the years.  In this article, we will have a look at the greatest Aston Villa XI of all time.

Players who have played at least two seasons were considered eligible for selection. Here’s the greatest Aston Villa XI of all time.

Spink’s safe pair of hands helped Villa lift the European Cup in 1982 as he came off the bench to produce heroics against Bayern Munich. He made 377 appearances for Villa between 1977 and 1996 and was a consistent performer for more than a decade.

A no-nonsense defender with a thunderbolt of a shot. He is one of football’s highest-scoring full-backs and once scored a hat-trick against Sunderland in January 1958. He deserves a place among the greatest Aston Villa XI of all time.

Regarded by many as the greatest player in Aston Villa’s history, Paul McGrath’s name is still the most chanted by the Villa Park faithful.

He won the 1993 PFA Footballer of the Year while he was playing for Aston Villa. During his seven years at Aston Villa, he also won two League Cups. Villa fans affectionately refer to him as ‘God’. He made 253 league appearances for his club and scored 9 goals to his name.

The Scottish central defender was a long time servant of the club, signed from Dunfermline Athletic in 1977. During his 12 years he would experience the highest of highs with the club winning the top-flight title before then going on to become Champions of Europe.

But Evans also suffered relegation with Villa towards the end of the 80’s, but like the trooper that he is, he stuck around to put it right and get Villa back up at the first time of asking – as captain no less.

17 seasons and 660 appearances – a club record which will surely never be beaten? Among Aitken’s finest moments was the club’s victory over Norwich City in the 1975 League Cup final, winning the Third Division championship in 1972 and promotion back to the top-flight in 1975, when he was named Midland Footballer of the Year. A perfect choice for the left-back spot in the greatest Aston Villa XI of all time.