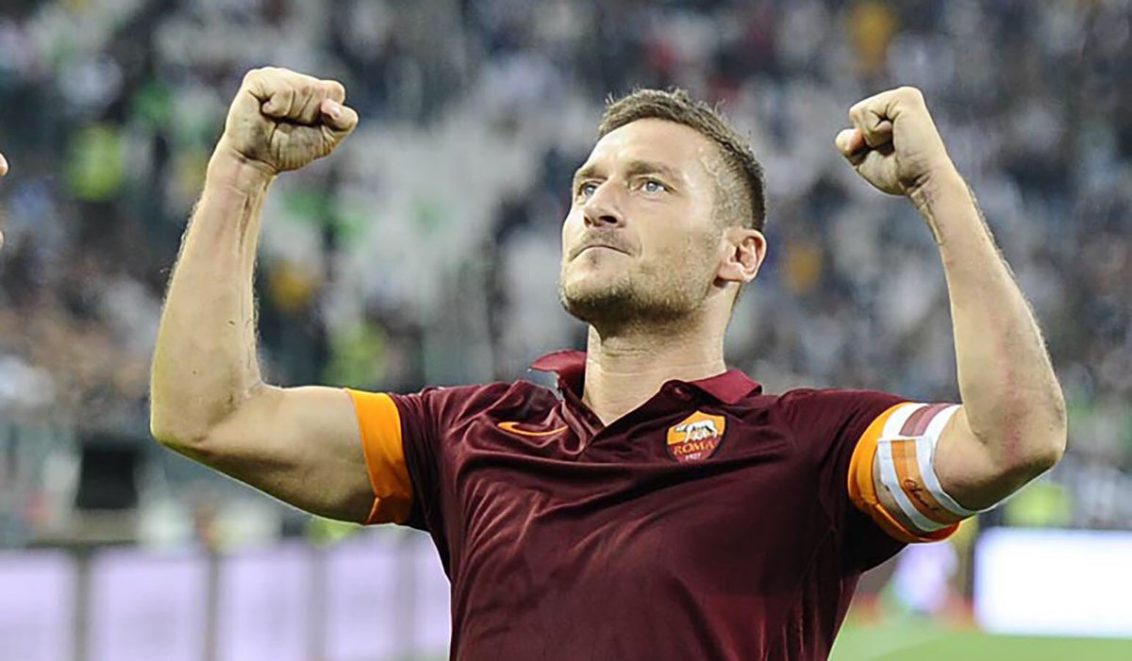 AS Roma is of the most followed club in Italy. The club has a long history and has produced many world-class players. Let us have a look at some of the greatest AS Roma players of all time.

Bartolomei was probably the great ever Italian to never been capped by the national team. He played as a midfielder or as a defender, in a sweeper role. Famed for his elegance on the ball and playmaking skills, he is regarded as one of the greatest AS Roma players of all time.

Mesmerised by his control and eye for a pass, Milan tried to sign him as a 13-year-old but he refused to leave his beloved Rome, despite the fact no side from the capital had shown an interest in him.

After Nils Liedholm’s return as coach of A.S. Roma, Di Bartolomei became the team’s undisputed leader, raising to the title of captain and becoming a fan favourite. When he played, it was common to hear the Roma fans sing Ohhhhhhhhhhhhhhh, Agostino, Ago, Ago, Ago, Agostino gol!!!

Aldair was an elegant and tactically versatile defender,he was capable of playing both as a sweeper, and as a centre back, due to his vision, technical ability, and his passing range. His confidence on the ball and, in particular, his adeptness at long balls enabled him to advance into midfield and create chances for team-mates.

He joined Roma from Benfica in 1990 and spent 13 brilliant seasons with the club, playing nearly 400 Serie A matches with the team, and later serving as captain; during his time in Rome, he won the Coppa Italia in 1991, also reaching the UEFA Cup Final that season, and in 2001, he won a Serie A title and the Supercoppa Italiana. Roma retired his number 6 jersey number when he left the team in 2003. The retirement, however, was not permanent as Keven Strootman was given that jersey number when he joined the club in 2013. 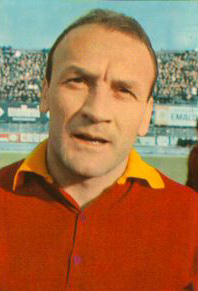 Losi spent his entire professional career with AS Roma, though he was not a native of Rome, he spent 15 seasons in the capital city and was nicknamed “Core de Roma“. In total, he made 450 appearances with the giallorossi, a record which lasted for 38 years, until 31 January 2007, when Francesco Totti played his 451st match for the club.

Losi earned his nickname Core de Roma (Heart of Rome) in 1961 when he played on against Sampdoria with the scores level at 2-2, despite being heavily injured. Heroically Losi scored with 10 minutes remaining and Roma won 3-2. He was inducted into AS Roma Hall of Fame in 2012.

A powerful forward, considered to be one of the best Italian strikers of all time, Amadei was known for his prolific goalscoring, acrobatic ability in the air, and precise volleying; due to his importance to Roma throughout his career, he was affectionately known by the fans as the “eighth King of Rome”.

Following his death in 2013, he was one of eleven members to be inducted into the A.S. Roma Hall of Fame.

“He was a true symbol of the team who was recognised and loved by generations of fans,” announced Roma after his passing. Amadei registered 115 goals with Roma before joining FC Internazionale Milano and ending his career at SSC Napoli with a total of 174 Serie A goals. “Roma had no money to keep me,” he said. “However, my contracts with Inter and Napoli allowed me not to play against Roma. They couldn’t ask me to stab my mother.”

Born and bred in Rome, De Rossi rose through the ranks at Roma, his one and only club. “My one regret is that I can devote just one career to Roma,” he once said. De Rossi made his professional debut with Roma during the 2001–02 season, and made his Serie A debut the following year; he remained with the side ever since.

De Rossi proved himself so quickly he became known as ‘Capitan Futuro’ (future captain) among Roma fans, who predicted the midfielder would inherit the armband after Totti’s retirement.

With the retirement of Totti, he was made the team’s captain until he left the club in 2019.