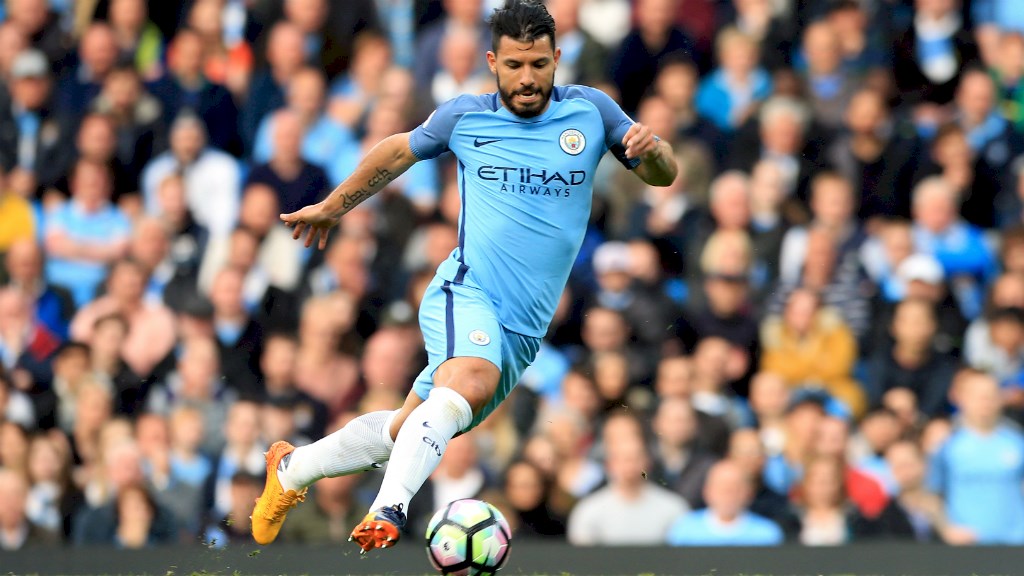 Argentina and Manchester City front-man Sergio Aguero recently met with an accident in Amsterdam on the 28th of September while returning from Colombian singer Maluma’s concert. The striker was in a taxi while returning but thankfully seatbelts prevented it from becoming something serious as he was left with a minor broken rib. Things could have gone out of hand as pictures reveal quite a strong impact of the taxi with a roadside pole.

Later that day Aguero tweeted: “It was a very heavy slam but seatbelts prevented it from being worse.”

Guardiola asserted his belief in his No.10 saying he had no problem with Kun traveling just before a crucial match and wished him a speedy recovery adding a player needs to be both physically and mentally fit to perform well.

I’m home in Manchester after an exam by club Drs. It’s a broken rib. Hurts, but I’m fine, fully focused on recovery. Thank you all! pic.twitter.com/uamK7xwo99

Kun was named in the Argentinian squad for two World Cup qualifiers coming month but is set to miss both of them against Peru on 5th and Ecuador on the 10th of October. Argentina are currently languishing on the 5th spot in the Southern American group standings with group leaders Brazil in surreal form and are in a very tight spot to qualify for the main event.

Though initial reports suggested Kun could miss upto 2 months of on-field action, final tests in Manchester revealed a less serious injury announcing that the charismatic forward could be playing again in 2-4 weeks of time.

It is highly doubted whether he will feature in City’s clash against Stoke City at the Etihad on the 14th of October and against Napoli in the Champions League group-stage competition on the 18th. City are currently on top in their group but Sergio’s absence in such an important tie can prove costly for the Blues.

Furthermore, he could miss league matches at home against Burnley on 21st and the Round of 16 Carabao Cup fixture against Wolves on the 25th of October. It now remains to be seen how the Argentinian coups up with his injury and how quickly he returns to action to end City fans’ misery who are already lamenting their latest recruit Benjamin Mendy’s anterior cruciate ligament rupture who is reportedly out till April.