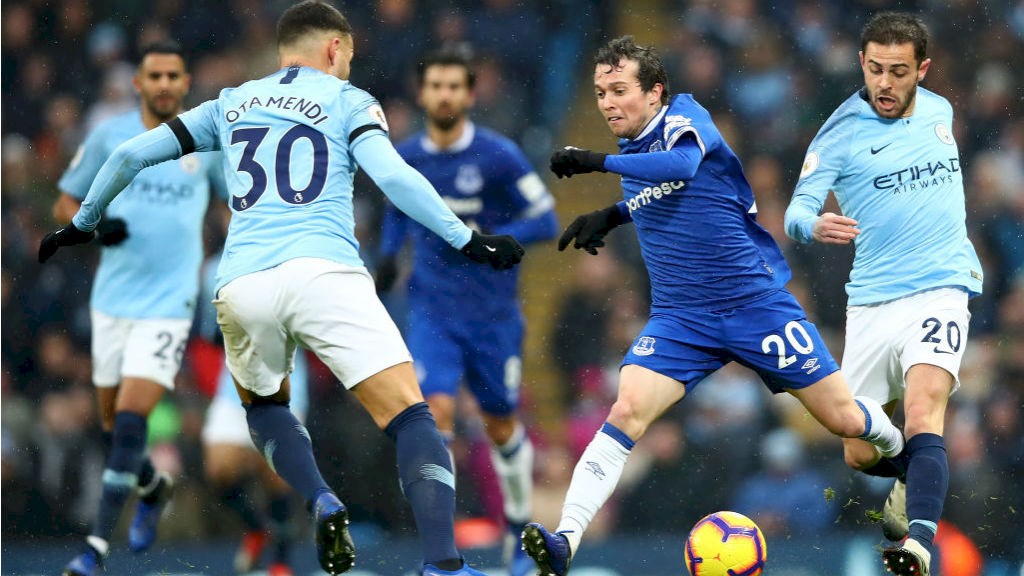 Manchester City will visit Goodison on Wednesday to take on struggling Everton. The champions revived their title hopes with a 3-1 win over Arsenal at the weekend and now have this re-arranged trip to Merseyside to prepare for. A win in this will put them on top of the table, having played one game more than Liverpool.

Everton are going through a very poor run of form. The Toffees last won back-to-back league matches in October and have picked up all three points in just five of 16 games since then, while also crashing out of the FA Cup at the hands of Championship side Millwall during that run.

Lucas Digne will return to the team after his one match ban. Yerry Mina and Phil Jagielka are carrying injuries, so Michael Keane is expected to partner Kurt Zouma in the heart of defence.

Idrissa Gueye has sat out a couple of matches because of injury, as well as uncertainty over his future, and it remains to be seen if he will be recalled to the side on Wednesday or given another few days to rest.

Leroy Sane was an unused sub in the game against Arsenal, he is expected to come back in the lineup. Mahrez could also be given the chance to start after getting few minutes in the end against Arsenal.

John Stones is also expected to come back in the lineup and partner Laporte in the centre of the defense. Delph could play on the Left-Back position. Jesus could be given the chance to start, resting Aguero for the big game against Chelsea on weekend.

Any guesses on the winner?