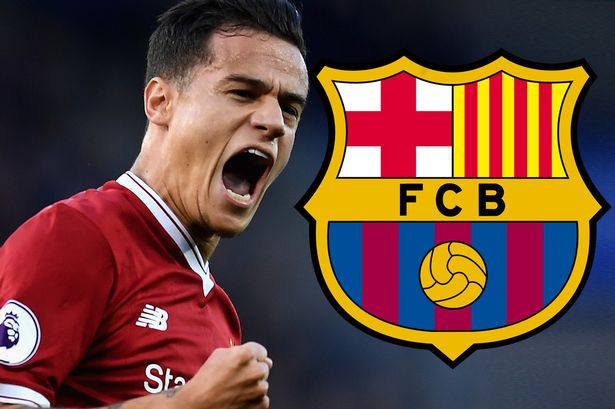 The Brazilian has made his final cut from Anfield. With a deal with Barcelona having been announced on Saturday evening, Coutinho is now officially a Cule. However, the blockbuster deal that can amount upto a staggering total of €160m, might not just work out ideally for all parties concerned.

Let’s take a look at how things would speculatively play out, from a Merseyside point of view. The diminutive Brazilian playmaker had grown to be the most influential figure at the club prior to his move. The void that was left behind by Luis Suarez had been ably filled by him. Supported by the brilliant Sadio Mane on his side, Coutinho had wreacked havoc on opposition over the past couple of years.

Losing him at such a crucial stage could prove to be fatal for Jurgen Klopp’s side. Although Coutinho remains cup tied for the rest of the season, for the Catalans, Liverpool on their own half, will miss his killer instinct. The Brazilian apart from his skills on bamboozling past defenders and a top notch passing game, also packs a mean right foot, which could go sorely missing for the Reds.

Financially, the deal could be beneficial for Liverpool, couping a hefty sum they could reallocate to lure in a proper replacement. But finding that at this stage of the season is near impossible. Although reports have surfaced with claims of Riyad Mahrez joining them for a reported fee of £45m, they are yet to be confirmed, which if true, will go on to be decent business done by Klopp.

Meanwhile Thomas Lemar remains another prime target. However, shifting from the Ligue 1 to the Premier League midway requires a major change of gears. Otherwise, with the club practically not posing a title challenge as of now, the chances of enticing a big name looks rather dim. The best case scenario for the club, would have been to sell their talisman only in the summer holding their resolve for the time being.

Things don’t look much glittery from the Barcelona point of view either. While on long term sights, if Coutinho continues similar exploits at Camp Nou, the investment would pay off dividents. However in the near future, its difficult to see how he will have any impact in bettering Barcelona’s already stellar season so far.

Financially, its a major hit in Bartomeu’s pockets. Having sold Neymar Jr for a record €222m, he went on to bring Ousmane Dembele for a whooping €140m including add ons. Adding another expenditure in triple figures would mean the adjustments running in negative.

With Andres Iniesta ageing, and his days in the Barcelona starting lineup stronghold numbered, it is fairly easy to presume Coutinho will be a direct replacement for the Spaniard. Even if we consider the Brazilian filling in the Spaniard’s boots this season itself in no small part, it would be difficult for Valverde to accomodate him to utilise his full potential, considering they play their most regularly used formation this season of 4-3-3.

A stereotypic attacking midfielder, playing deeper than usual could lessen his impact in the games in the La Liga. With Busquets and Roberto by his side, Coutinho’s main role it might seem would be to take control of central midfield instead of going on the up more frequently, something which could be uncharted waters for the Brazilian. Also, remains the rival presence of his compatriot Paulinho, for whom this season has almost been a coming of age.

Adding to his woes are the presence of an already star studded offensive unit. Ousmane Dembele is close to making a comeback to the first team and with the World Cup in close quarters, every player would be looking to leave a mark now to surefire a spot in their national team. Arda Turan has vowed to prove to his employers that they aren’t done with him just yet. Also Gerard Deulofeu would be looking to show why he should be Vicente del Bosque’s go to winger come June. And furthurmore would be Coutinho’s non participation in the Champions League.

What Coutinho needs now is regular game time at the very highest of standards for himself. While his position in the Selecao lineup faces no real threat at the moment, he needs to keep his stunning form running to carry it forward for Brazil in the World Cup. At Barcelona, there is no security of the means to his ends. Whereas at Anfield, the Brazilian would have continued to be the ring master. All in all, despite bells ringing, the mega move is done and dusted and best wishes for him, in his endeavours to establish himself as a no brainer for Barcelona and Brazil.

A United faithful with an uncanny passion for digging up stories from the days gone by.