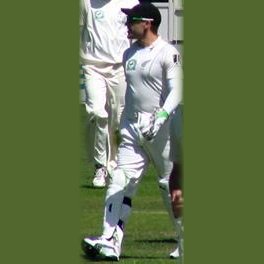 Brendon McCullum will retire from all forms of Cricket after the home Test Series against Australia in feb 2016.

Thus McCullum will not be a part of World T20 ,to be played in India next year.He said that he was making the announcement now because the New Zealand squad for the world event is to be named soon, and he wanted to put himself out of contention for selection. Kane Williamson will lead the Kiwis at the World T20.

McCullum said, “I’ve loved my opportunity to play for, and captain the BLACKCAPS, but all good things have to come to an end, and I’m just grateful for the wonderful experience of playing for my country.

“There’s a time and place for reflection and that’s at the end of your career. For now, I’ll be giving all my attention to helping the team focus on what’s coming up over the next few weeks – and making sure we’re in the best possible shape for what’s going to be a very challenging summer.”

Brendon McCullum will be remembered as the captain who led the New Zealand team through a very successful period, one which involved featuring in a World Cup final. His aggressive captaincy gave the Kiwi team a new dimension.His thundering batting style and fair play, earned him respect from fans around the world.

We all remember his blistering hundred in the opening game of IPL in 2008.He is a great athlete too,even at the age of 34 ,he is one of the best fielders in the world.Brendon McCullum is a complete entertainer.

McCullum will be missed ,not just by Kiwi fans but also from the fans from around the globe.