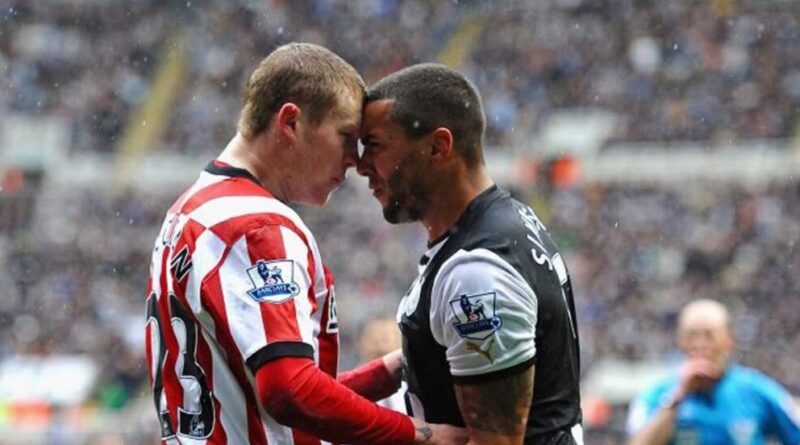 As one of English football’s biggest and most followed clubs, Sunderland naturally has their fair share of rivals. They’re used to playing against clubs from across the nation. There are many games for them to get particularly fired up for. In this article, we have ranked the 5 biggest rivals of Sunderland.

Based on a survey carried out among the Sunderland fans, here are the five biggest rivals of Sunderland ranked.

With the clubs being 334 miles apart, Sunderland vs Portsmouth could not be geographically any further from a derby but it was among the Black Cats’ biggest rivalries in the last few seasons. They are among the two best-supported teams in the third tier.

And continuous matches between the two have resulted in something that may be classified as a rivalry. It mainly stemmed from the clubs meeting each other 5 times in the 2018–19 season. They are now among the five biggest rivals of Sunderland.

Both Sunderland and Leeds were contenders for promotion from division two in the 1962/63 season. However, both the teams were not to reach the promised land until the following season. The way Leeds did it was deemed uncompromising in the extreme and they made many enemies. Sunderland was one and it was at this game that the hostilities started. They have never really gone away.

The flashpoint was a horrendous thigh-high tackle by Bobby Collins which resulted in Willie McPheat being carried off with a broken leg. Leeds had some extremely talented footballers – but they were also considered masters of the darkest arts.

Sunderland’s 1973 cup-winning captain Bobby Kerr also had his leg broken – accidentally – by Norman Hunter in a fifth-round tie with Leeds in 1967. Despite that, Kerr was there in ’73 to raise the cup against Leeds in the most famous of cup finals.