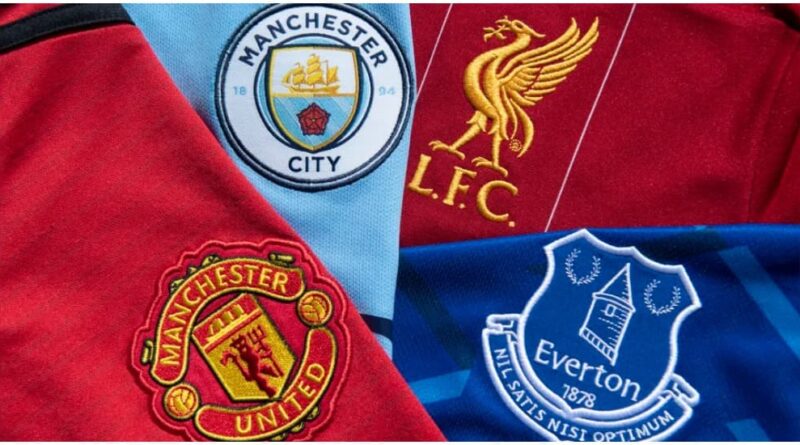 The North West England clubs have 61 League titles between them which makes it the best region in English football. Almost half of the original 12 founding members of the English Football League are clubs from North West England. In this article, we are going to look at the biggest football clubs in North-West England.

Blackpool FC is situated in a large town called Blackpool on the Lancashire coast in England. It was founded in 1887 and competes in League One right now. Blackpool has spent only one season in the Premier League in 2010-11. The club has the most number of playoff trophies (5) becoming the first club to gain promotion from every division of the Football League through the play-off system. They are one-time FA cup winners in 1952-53 before losing two finals in 1948 and 1951. They are also one-time champions of the Football League Second Division.

Wigan Athletic was founded in 1932 and currently competes in League One, which is the third tier of the English football league system. Wigan were the dark horses of the 2013 FA cup; they won the competition by defeating Manchester City in the final. They were promoted to the Premiership in 2005 and got relegated after 12 years in 2013, the same season they won the FA cup becoming the first club ever to win the FA cup and get relegated the same season.

The North West England club presently plays in League two. It is one of the oldest clubs on the list, formed in 1874. Bolton was a founding member of the English Football League (EFL) in 1888. The club has a record of spending more seasons (73) than any other club in the top flight without winning the title. The club has won the FA cup a total of four times and have been the champion of the Championship (Second division) three times.

Preston was originally a Cricket club that took up Football as a fitness activity but decided to focus on it more and became officially a football club in 1880. Preston North End was one of the twelve football teams that founded the English Football League in 1888. They were also the first team ever to win the English Football League. The club won the very first FA Cup and League Championship trophy.

Along with Arsenal, they are the only team to be called the “Invincibles” as they won the Championship without losing a single game. The club stayed in the English top-tier league till 1961 but got relegated that year and haven’t returned since then. Still, they are one of the biggest football clubs in North-West England.

Another club which originally wasn’t a football club, Burnley, started life as a rugby club but became a football club by changing its name from ‘Burnley Rovers’ to ‘Burnley Football Club’ in 1882 and moved to Turf Moor. Burnley was also one of the founding members of the English Football League (EFL).

The Clarets play currently in the Premier League. Burnley have been champions of England twice, in 1921 and 1960, and have won the FA Cup once, in 1914. The team also reached the quarter-finals of the 1960-61 European Cup. This North West England club is also one of the only five clubs ever to have won all four divisions of English football.

Being promoted to the Premier League in 1992 the Rovers won the competition in 1995 and got relegated in 1999 then returned in 2001 to get relegated after 10 years in 2011 after which the Riversiders never got promoted back. Blackburn have won the FA Cup 6 times and they have been the champions of England for a total of three times.

Everton have the 4th most number of top-tier League titles (9) won by any team in English football. They were also one of the founding members of the English Football League. Founded in 1878, the Liverpool-based club have competed in the top division for a record 117 seasons since the Football League’s creation.

They missed only four top-flight seasons, becoming the second longest-serving team in the top tier football in England. The Toffees have won the FA Cup 5 times and the European Cup Winners’ Cup one time.

Manchester City, in recent times, have risen up to be one of the best clubs in the world. The Sky Blues have won two league titles in the last 3 years. Pep Guardiola has surely done a magnificent job with the team and the only thing lacking now is Champions League glory which doesn’t seem to be far away for the way they are performing. Founded in 1880 the club has seen many ups and downs in its 141 years history. Man City have won 6 League titles and 6 FA cup titles.

The Merseyside club is surely one of the best clubs in the world with one of the biggest fanbases. Last year, the Reds won their first league title in 30 years. Internationally, Liverpool is the most successful English club of all time with a lot of European trophies in their cabinet. The club has won 19 League titles in its rich history and are 6 times European champions. One of the most famous things about the club is their anthem that goes like “You’ll Never Walk Alone”.

Manchester United is the team with the most League titles in the history of English football. It is also one of the most famous clubs in the world. The Red Devils have more fans than other clubs in English football. The Old Trafford club is one of the five clubs to have won all three main UEFA competitions with three Champions Leagues, one UEFA Europa League, one UEFA Cup Winners’ Cup. The club owes a lot to Sir Alex Ferguson for its glory.