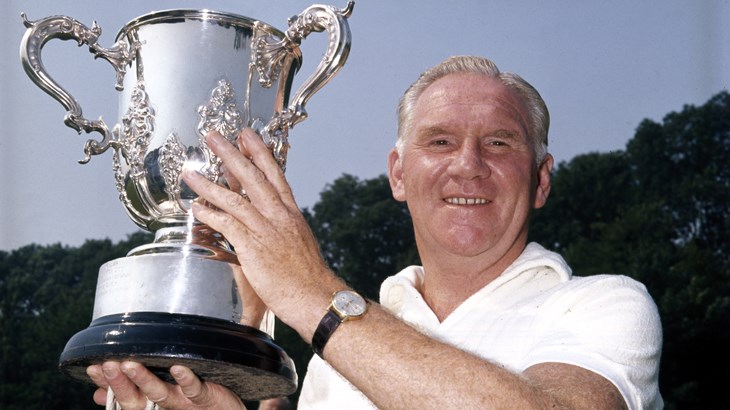 Tottenham were in the second division when Rowe returned to the club as manager in 1949, having already played for the club before, and his task was to gain promotion. This was achieved by becoming Champions and the following season the First Division Championship was won as well. These back-to-back championships made Spurs the first post-war team to win back-to-back titles.

It was Rowe, too, who signed Danny Blanchflower for Spurs – arguably their greatest player. Rowe was forced to resign as Tottenham manager in 1955 due to health issues. His win record puts him among the best Tottenham Hotspur managers ever.

When Burkinshaw took the role as manager, Spurs had been staving off relegation for several seasons, and the luck they had enjoyed finally ran out.

The club were relegated, but Burkinshaw stayed and began the process of rebuilding. He gave academy starlet Glenn Hoddle a central role as Spurs bounced straight back to the first division after a single season. A pair of FA Cups and a UEFA Cup triumph were the highlights of his reign at Tottenham.

The team that he built remained competitive throughout the 1980s and arguably reached its apogee in 1987, when the club were narrowly beaten to the first division title by Everton and were shocked in the FA Cup final by Coventry City. Burkinshaw richly deserves his place among the best Tottenham Hotspur managers ever.

There could never be any question about who would sit atop this list. Bill Nicholson is the titanic figure in the history of Tottenham Hotspur. His achievements at Tottenham are unmatched, and he will always be the most important man in the history of Spurs. He managed the club for over 800 matches and collected 11 trophies in his 16 years as manager.

The great man took over the club at the bottom of the First Division and there was little indication that the greatest period in the history of the club was about to begin. He shrewdly constructed one of the greatest teams in history and brought many great players to the club. From Dave Mackay to Pat Jennings and Jimmy Greaves, Nicholson signed them all.

He remained in charge of the club from 1958 to 1974 and left Spurs with great dignity and respect from everyone at the club. Bill Nicholson is considered one of the most important figures in the club’s history.