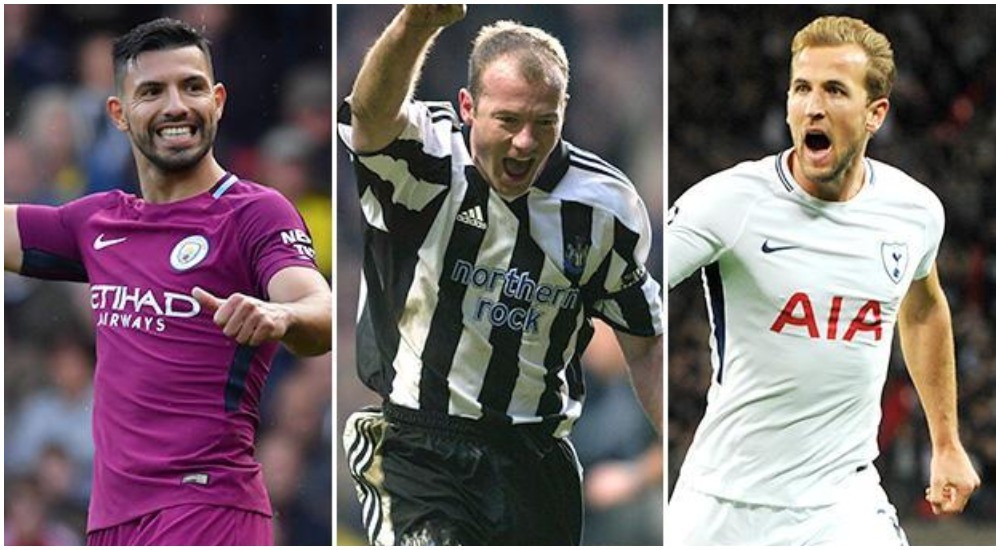 Goalscorers get all the spotlights as scoring goals is the ultimate aim of this beautiful game. Many great goalscorers have plied their trade in the most competitive league in the world, which is EPL. In this article, let us have a look at some of the best strikers in Premier League history

The 10 best strikers in Premier League history are as follows.

Fowler was a delicious finisher, a classic poacher, and the perfect No.9. It’s little wonder Fowler was christened ‘God’ by the Kop – few players have shown such natural instinct and ruthlessness in front of goal.

Fowler burst onto the Premier League scene in 1993, scored 25 goals in 1994-1995 and 28 the following season. That includes his famous four-minute 33-second hat-trick against Arsenal in front of an adoring Anfield crowd.

He wasn’t quite successful for Blackburn or Manchester City, but his legacy at Anfield will be remembered long. He scored 163 goals in 379 PL apps.

Suarez was signed by Liverpool in the winter of 2011. He didn’t hit the goal trail straight away – in 2011/12, he found the net just 11 times, though he struck the woodwork on eight more occasions.

But he reached top form a year later, scoring 31 times in 33 league matches as Liverpool nearly clinched the league in the 2013-14 season under Brendan Rodgers.

The PFA Player of the Year award and European Golden Shoe were his, as was a move to Barcelona in 2014. He scored 69 times during his stay in the Premier League.

Didier Drogba is one of the greatest players ever to wear Chelsea’s jersey. The four-time Premier League winner was at his devastating best during the 2009/10 season, where he smashed in 29 goals in 32 games, earning himself the Golden Boot for the second time in his Chelsea career.

His 104 PL goals earned him the respect of the majority of league defenders across the country. Drogba is well remembered for his performance against Bayern Munich in the 2012 UCL final. he not only scored the equalising goal in the dying minutes of the match to force it into extra time but also scored the winning penalty during the shootout.

Owen replaced Fowler as the Kop’s darling and his season goal records remained remarkably consistent at Liverpool (18, 18, 11, 16, 19, 19, 16). A speed demon of the highest caliber, Michael Owen climbs into the list with his wonderfully consistent goal-scoring record for Liverpool from 1996-2004.

Winner of the 2001 Ballon d’Or, Owen bagged 118 goals in 216 Premier League games for Liverpool, but only got his hands on the Premier League trophy when playing for arch-rivals Manchester United.

The latest addition to this list, Harry Kane is currently among the best strikers in the world. He is one of the best finishers in the game right now. He has already won the Premier League Golden Boot, thrice, and also won the FIFA World Cup Golden Boot, in 2018.

Kane has won the PFA player of the month award six times and has been selected for the PFA Team of the Year five times. As a result of these individual achievements, he has already established himself as one of the best strikers in the Premier League history.

Eric Cantona is fondly remembered for a great many reasons, but his abilities with football were quite exceptional, with the former Leeds United frontman wowing the country with countless examples of devil-may-care panache during his five-year stay in Manchester.

United has started sluggishly in that maiden season but, inspired by Cantona, they ended up winning the title by 10 points, their first since 1967. The Frenchman scored 18 times as United retained their title and his two penalties in the final saw them complete the Double. He overall, scored 70 times in the PL, with one goal being better than the other.

A player who made his name in Manchester. Wayne Rooney’s legacy at Old Trafford is immortal. Wayne Rooney is the leading goalscorer for both club and country. With 208 goals, he is Premier League’s second-highest ever goalscorer.

Rooney burst into the public consciousness as a 16-year-old kid at Everton, scoring that incredible stoppage-time winner against Arsenal. He grew up so fast, making his England debut before he was 18 and shining at Euro 2004.

One of the best strikers in the Premier League history, Rooney’s impact at Old Trafford is everlasting.

Manchester City’s superstar, Sergio Aguero was a sensation for the club since signing from Atletico Madrid in 2011. He wrote his name in the history books in his first season with the club by scoring a stoppage-time, title-winning against QPR on the last day of the season.

He is the club’s leading goalscorer and is also the highest non-European scorer in the history of the Premier League. Aguero is the 4th highest goalscorer in Premier League history with 184 goals. He won five League titles, six League cups, and one FA Cup with the club.

He is one of the best strikers in the Premier League history.

Captain fantastic for Newcastle during his decade-long stay at the club, Alan Shearer is the epitome of the English number nine; powerful, brave, and a fine goalscorer to boot. In the Premier League. Shearer has scored more than anybody else – 260 in total.

He was the Golden Boot winner for three consecutive seasons from 1994-1995, during the campaign he collected his winner’s medal with Blackburn. He is regarded as one of the greatest strikers to play in the Premier League ever.

Thierry Henry was one of the best-ever strikers, he was nothing short of a revelation for Arsenal, terrorizing defences across the land with his stunning burst of pace, and accurate finishing.

The France international was Arsenal and Premier League icon. ‘Va va voom’ was not just about searing pace, it was about delivering the beautiful and the seemingly impossible. Take the solo goal he scored against Liverpool back in April 2004, slaloming past pretty much the entire Reds defence.

Coming in with 174 goals from 254 games for the Gunners over eight years, the Frenchman’s celebratory sneer was a familiar sight for many seething defences for the best part of a decade.

It concludes our list of 10 Best Strikers In The Premier League History, please leave your opinion in the comments below!

Checkout : 10 Greatest Strikers Of All Time