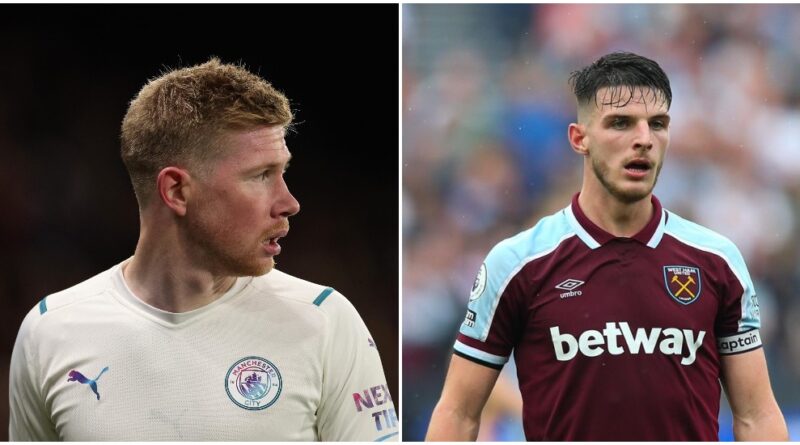 The Portuguese talisman has been brilliant for Manchester United since signing for the Red Devils in January 2020. Bruno had a fantastic 2021 as he finished last season with 18 goals and 12 assists in the league, the highest by any midfielder.

Bruno Fernandes is electric when playing for the Red Devils but an enigma when on Portugal duty. Given licence to roam behind the frontmen, his eye for goal and the ability to play in his forward players, he’s one of the Premier League’s best.

Often compared to Andrea Pirlo, Verratti is known for his brilliant ball retention skills and his ability to pick out the right pass under pressure. Always ensuring that the ball keeps moving at the centre of the park, the Italian is probably one of the best midfielders of the world in recent times.

A proven ball-winner, the tenacious Italian, when fit, is one of the first names on the star-studded PSG team sheet. He was a key part of Roberto Mancini’s side’s Euro 2021 triumph and 34-match unbeaten run.

The diminutive German is the fulcrum of one of the best club sides in the world; the man charged with winning back possession, starting attacking moves and making those all-important fouls whenever necessary.

He can play as a full-back, a number eight, or a creative 10. The 26-year-old German international has followed in the footsteps of former Bayern captain Philipp Lahm by transitioning from a full-back into a defensive midfielder. He is one of the best players in the world in his position. The partnership of him and Leon Goretzka in the centre of midfield for Bayern is probably the world’s best.

Arguably, the one with the biggest lungs on this list, Kante is every managers’ dream player. He is a workhorse and underrated in terms of what he can do on the ball. He is Chelsea’s most reliable figure in the position and a key element in Tuchel’s star-studded squad.

Kante was the driving force behind Thomas Tuchel’s glorious end to Chelsea’s 2020/21 season. N’Golo Kante was able to add an FA Cup final and Champions League title to his resumé that already included a Premier League title with Leicester and World Cup win with France.

De Bruyne isn’t the best footballer in the world, but he’s arguably the most complete. Creative, powerful, skilful, and dynamic, the Manchester City man can pass, shoot, dribble, tackle, and cross – and all with either foot. His vision for passes while also being able to snap out a goal from nowhere indeed makes him the best midfielder in the world.

The Belgian contributes in every phase of the game; he has the technical ability of a luxury player without being anything like a luxury. He has been the star man in Manchester City’s recent dominance in the Premier League. De Bruyne was also voted the ‘Premier League Player of the Season for the 2019-2020 season. De Bruyne has also become a leader in recent seasons, taking the captain’s armband and grabbing the side by the scruff of the neck in vital moments.