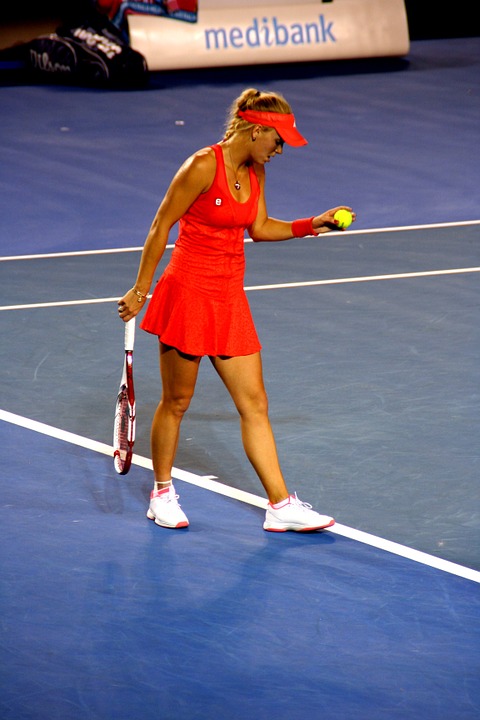 Tennis is played by millions of recreational players and is also a popular worldwide spectator sport.It is one of those few sports in which the women players get nearly as much recognition as the male players.Here we will have a look at the top 5 current female tennis players. 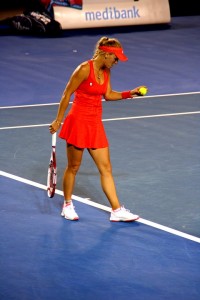 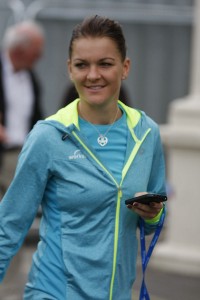 She is a polish professional tennis player. Radwańska achieved a career-high singles ranking of World No. 2 in July 2012 and is currently ranked World No. 5 by the WTA. Known for constructing points and making intelligent use of the court, she has won seventeen career singles titles, and is nicknamed “The Professor” among fellow players. 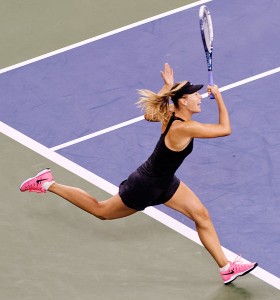 She is a Russian professional tennis player, who is ranked world No. 4 by the WTA.Sharapova has competed on the WTA tour since 2001. She has been ranked world.no1  in singles by the WTA on five separate occasions, for a total of 21 weeks. She is one of ten women, and the only Russian, to hold the carrer grand slam. She is also an olympic medalist, having earned silver for Russia in women`s singles at the 2012 Olympics in London.

She is a Spanish-Venezuelan professional tennis player. As of 26 October 2015, she is ranked world no. 3 in singles and no. 20 in doubles by the WTA.Highlights of Muguruza’s career thus far include winning her maiden title at the 2014 Moorilla Hobart International, winning the biggest title of her career at the 2015 china open and reaching the final of the2015 wimbledons.

She is a Romanian professional tennis player who is currently ranked a career-best world No. 2. Halep first broke into the world’s top 50 at the end of 2012, the top 20 in August 2013, and then the top 10 in January 2014 (after reaching the Australian open quarterfinal). She won her first 6 WTA titles in the same calendar year in 2013.

Halep has been the most clicked player on WTATennis.com for two consecutive years (2014–2015), when she was awarded the WTA Most popular player of the year.

Serena Jameka Williams is an American professional tennis player who is ranked No. 1 in women’s singles tennis. The Women’s Tennis Association has ranked her world No. 1 in singles on six separate occasions.She is the reigning champion of the Australian Open,French Open,Wimbledon and Olympic women’s singles and doubles. Williams is regarded by some commentators, sports writers, and current and former players as the greatest female tennis player of all time.She has won 21 Grandslams singles titles.