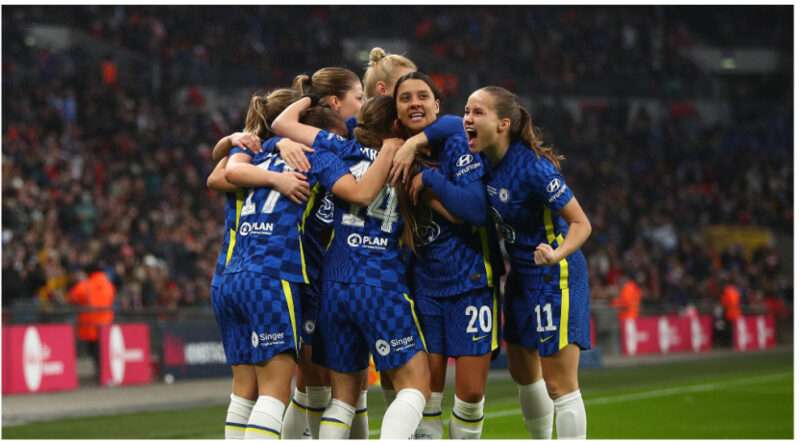 Nowadays, women athletes are nowhere behind male athletes and this includes football players too. The football world has diversified very much and a lot of female footballers are earning names for themselves by giving fabulous performances. These female footballers have proved to be whimsical, diligent, and intelligent. They have been strong physically and powerful mentally and have shown incredible sportsman spirit.

These incredible athletes seem very confident while knowing that in this modern world gender is not supposed to be any kind of hurdle in the way of their success. These wonderful players are also getting great support from fans as well as all the associations and federations all over the world as they have the FIFA Women’s World Cup to play in since 1991 and now, they even have UEFA Women’s Champions League for club football. In this article, we have tried our best to rank the best female football clubs in the world.

Based on playing style, trophies won, and winning percentage, here are the ten best female football clubs in the world.

Manchester City WFC have been promising in the Women’s Super League, but usually fall just short of tasting the silverware. They have won it only once, in 2016. The English club has 3 FA Cups to its name in the last 4 years which shows their domination in the competition. They lost the 2020-21 Women’s Super League by just 2 points and in the 2021-22 season, they finished third. In the 2020-21 season, they reached the quarter-finals of the UWCL where they lost to FC Barcelona 2-4.

Real Madrid Femenino started their football history only in 2020 but they have fast-tracked their way to becoming one of the best women’s football teams currently. The Spanish team finished second in their inaugural season and reached the quarter-finals of the Copa de la Reina. In the 2021-22 season, Real Madrid showcased better performance than the previous season, but finished third in the league and were 30 points behind the league winners; FC Barcelona Femení. In the UWCL, they reached the quarter-finals before bowing out of the tournament courtesy of a 3-8 loss to their eternal rivals, FC Barcelona, on aggregate.

Bayern Munich Frauen are a strong football side that failed to win silverware in the 2021-22 season. They were the runners-up for four consecutive seasons in Frauen-Bundesliga before ending their drought in the 2020-21 where they emerged as champions. They, however, failed to defend the title in the following season because of which they ended the season without any trophies to their name. In the UWCL, they lost to PSG in the extra time, courtesy of a 112th minute equalizer by Ramona Bachmann.

Women’s football in Italy was formed in the 2017-18 season and there’s only one team that has won all the seasons of the competition; Juventus Women. Along with the league, they have 3 Supercoppa Italiana and 2 Coppe Italie to their name and they don’t seem to be stopping anytime soon. The 2020-21 season marked a historic feat in Italian football where Juventus Women became the first ever Italian club (men or women) to record a perfect season. The Italian club did fairly well in the UWCL as they made it to the quarter-finals of the tournament where they lost to The French club, Olympique Lyonnais with a score of 2-5 across two legs.

Paris Saint-Germain Féminine are easily one of the top 10 female football clubs in the world. They ended Olympique Lyonnais’ winning streak of 14 consecutive league titles when they finally won the 2020-21 Division 1 title. In the following season, PSG failed to defend their title as Lyon won the title dropping just 2 points in the season. They won the Coupe de France féminine in the most dominant fashion as they defeated FF Yzeure in the finals. The French club played the semi-finals of the UWCL where they lost 3-5 to their eternal rivals, Lyon, on aggregate.

VFL Wolfsburg Frauen are easily the biggest club in the German football circuit. They lost the league to Bayern Munich Frauen in the 2020-21 season. However, they made a scintillating comeback in the previous season as they ended up completing a domestic double in Frauen-Bundesliga. They won the league by four points. They had a decent campaign in the UWCL, as they reached the semi-finals of the tournament where they lost 3-5 to FC Barcelona on aggregate.

Arsenal Women are the most successful club in English women’s football history. Currently, they are finding it difficult to win trophies, but they are always one of the favorites to win the league. In the 2021-22 season, Arsenal lost the league by barest of margins as Chelsea Women clinched the title by just 1 point. They scored the most goals, conceded the least goals, lost the title by just 1 point, reached the semi-finals in the FA Women’s Cup, and quarter-finals in the UWCL. They might not have had the silverware to their name in the 2021-22 season, but you can sense that it is coming in the next season.

Chelsea FC Women have established themselves as one of the strongest women’s teams in the world of football currently. They won their first major trophy in 2015 and since then, they haven’t looked back. Chelsea FC Women have won six FA WSL titles, four FA Cups, two FA League Cups and one Community Shield. They haven’t tasted success in European football, but they got as close as one could get in the 2020-21 season where they lost to FC Barcelona Femení. They became the first team to win the WSL three consecutive times.

FC Barcelona Femení are the most successful club in women’s football in Spain. If you, as a player, want to have a decorated career, Barcelona is where you need to go. Since 2010, the Spanish side has won multiple trophies including a UWCL. FC Barcelona Femení showed sheer dominance in the 2021-22 as they completed a perfect season; winning all 30 games in the league. They completed their domestic treble after defeating Atlético Madrid in Supercopa de España. The only scar they would carry to the next season is the defeat to Olympique Lyonnais Féminin in the UWCL final where they lost to them 1-3.

Lyon are easily the best female football club in the world at the moment and it is evident by their dominance in all the tournaments. They won 14 consecutive titles in Division 1 Fémenine before PSG ended their streak in the 2020-21 season. However, in the 2021-22 season, they asserted their dominance more by making it a one-sided league as they dropped just 2 points in the entire season. The French club’s dominance doesn’t stop in the league, they play with the same stature in the European competitions as well. Lyon won the UWCL 5 times in a row before their arch-rivals, Paris Saint-Germain, ended their title run by knocking them out in the quarter-finals of the tournament in the 2020-21 season. However, in the following season, Lyon once again won the title by beating FC Barcelona in the finals.

3 thoughts on “Ranked: 10 Best Female Football Clubs In The World”