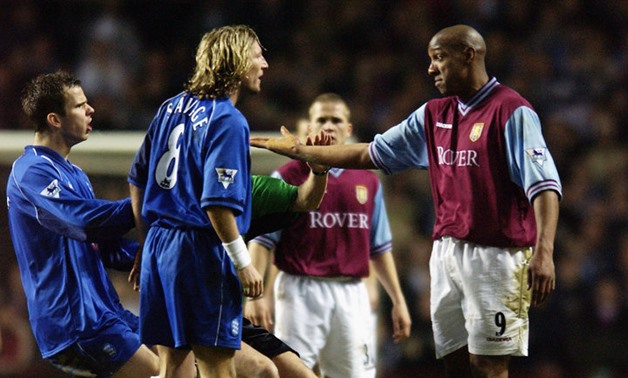 The rivalry between Aston Villa and Birmingham City is known as the Second City Derby based on Birmingham being referred to as the second city of the United Kingdom. The two clubs are generally regarded as each other’s most fierce rivals.

The Second City derby has a rich and rocky history: it is English football’s equivalent of a clan dispute, passed on from generation to generation like the family silver. Like most local derbies, it is one that lives most vividly just not on the pitch, or even in the stadium, but in Birmingham’s surrogate battlegrounds: its shops and offices, its school playgrounds and building sites.

The first meeting between them was in 1887, which was won by Villa 1-0. There have been 127 meetings in major competition between the two teams since then, of which Aston Villa have won 57 and Birmingham City 38. In this article, we will look at some of the greatest Aston Villa vs Birmingham matches in 10 best Second City derbies ever.

Here are the ten best Second City derbies ever –

Jack Grealish’s 67th-minute winner settled an ugly derby, but this Aston Villa’s victory over Birmingham City will be remembered not for the goal but for an attack on the visiting skipper by a spectator from the home section.

Jack Grealish captained his boyhood club and scored the winning goal in a feisty and pulsating affair, but it was the actions of one man that stole all the headlines.

One of the home supporters ran onto the pitch just ten minutes in, heading straight for the Villa skipper. The spectator went up to Grealish and punched him from behind, before being immediately apprehended by security. While violence is an unfortunate sidenote in this derby, never had it been witnessed on the pitch towards one of the players quite like this.

The Villans completed a Premier League double over the Blues thanks to one of the greatest goals scored in the history of the fixture. In only his fourth appearance for the club, 20-year-old Gary Cahill hit a spectacular volley past the despairing Maik Taylor with incredible skill.

Doing it in front of the Holte End was special; pushing Birmingham further into relegation trouble would have been even sweeter. The Blues eventually were relegated that season and would have to wait for their chance for revenge.

Villa were desperate to avenge their embarrassing defeat at St Andrews, earlier that season(mentioned later). However, they allowed their emotions to get the best of them as they finished the game with nine men. Robbie Savage antagonised Graham Taylor’s men all evening, leaving late tackles in at every occasion. The frustration proved too much for striker Dion Dublin who left a headbutt on the Welsh midfielder before Joey Gudjonsson was shown a straight red for a two-footed tackle.

This win remains the Blues’ only victory over Villa since their Premier League scalp back in 2005, so it’s one of precious few memories for the club’s supporters. It would come during the 2010/11 League Cup, where a fifth round tie had the pair going head-to-head in the biggest match between the two in recent memory.

Sebastian Larsson gave Birmingham an early lead from the penalty spot after Richard Dunne had fouled Lee Bowyer, but Gabriel Agbonlahor grabbed a deserved equaliser for Villa before the interval.

Zigic thought he had extended the hosts’ advantage before Agbonlahor’s strike when his shot squirmed away from Villa keeper Brad Friedel – but as he claimed the ball had crossed the line a flag went up for offside.

Villa were the better side for long periods, but they failed to apply any sustained pressure on Blues keeper Ben Foster and paid the price for their lack of cutting edge as Nikola Zigic mustered one final foray into the Villa penalty box in the freezing conditions. Cameron Jerome’s low cross found the striker, and a fumbled, deflected effort somehow found its way beyond Brad Friedel to spark pandemonium at St Andrew’s.

Famously, the Blues would go on to lift the trophy that season, beating Arsenal in the final. Thus this game is remembered as one of the best Second City derbies ever.