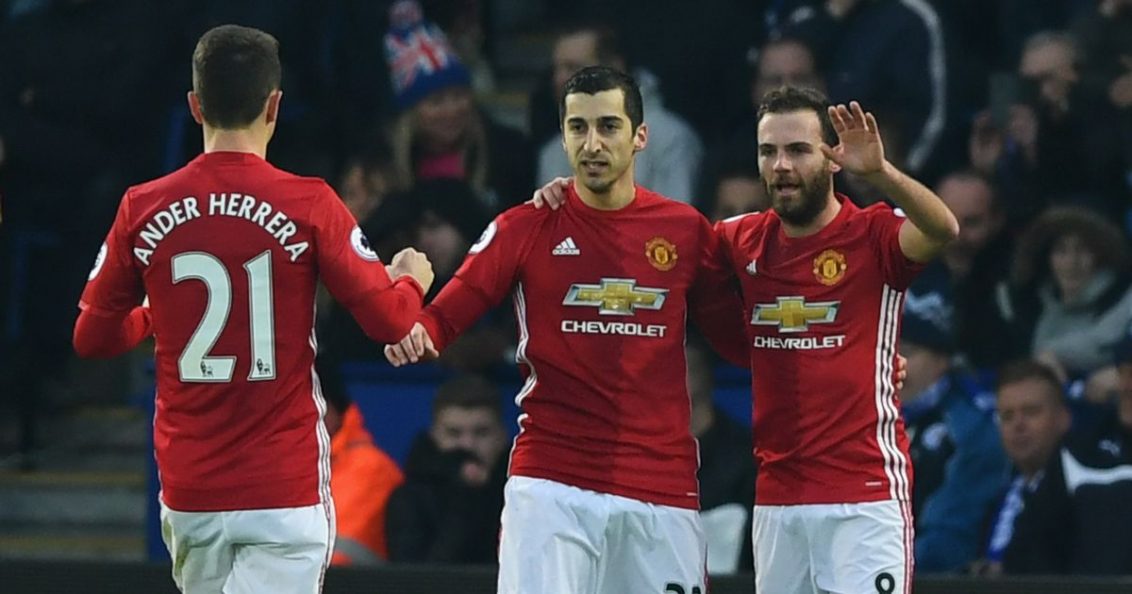 Its not been an ideal season for Manchester United. The Red Devils currently sit second in the league table 15 points behind their rivals Manchester City and also crashed out of the EFL Cup after a shocking defeat at the hands of Bristol City.

As the January transfer window soon approaches, United will not only be thinking about their incomings, but also the players that will make way for them. Here are 6 Players Who Could Leave Manchester United This January –

Shaw – who joined United in 2014 for £30million – has failed to live up to the high expectations he set while at Southampton. He came to Old Trafford with the promise of being Manchester United’s left for the next decade, at least.

Fast forward a couple of years and things are completely different. Jose Mourinho has reinvented Ashley Young as the first choice left back and Young has been delivering match-winning performances. Even when Young is rested, Mourinho prefers a more disciplined and stable Daley Blind over Luke Shaw.

There has been a long-documented saga surrounding Shaw and Mourinho. It is clear, and rather sad, how much his double leg break has affected him and also with a string of other injuries, Shaw has been unavailable for the most part of last season, as well as this year’s campaign.

Questions were asked about his commitments towards his fitness and also towards the club and he is most likely to leave in the upcoming transfer window with a possible destination to Tottenham.

Since arriving at United from Torino, Darmian has been disappointing. He started well and in a positive fashion in the first few matches of 2015-16 season. One of his performances even led to Gary Neville saying that Darmian is actually better than the former Manchester United legend. But after a couple of injuries and after some months, he has been a stuttering mess in the defence.

Darmian is a typical Italian defender: good on the ball, defence-orientated and tactically aware (at times), but he lacks the attacking impetus the Red Devils so desperately need.

Ever since Mourinho took charge at the club Valencia has been preferred over him and he has repaid the manager’s faith with many good performances thus making the Italian a fringe squad player.

Darmian has managed to play only 384 minutes of competitive football for Manchester United this season.

He is technically a right back, but features more prominently on the left side of the defence,. While his versatility is important, he is not a player that you would give the first choice responsibilities to in defence – he is very much a stand-in performer.His crossing has been a bit wayward and also isn’t fruitful in the attack like Valencia.

Although Valencia is injured currently, Ashley Young is starting in his place and Darmian even fails to make the bench. Darmian is likely to return to Italy, with Inter looming and enquiring about his availability.

“Why Herrera?He was United’s Player of the Season last year”

Since the signing of Nemanja Matic, Herrera has hardly played this season. The job which Herrera did last season for Mourinho and the team, Matic is doing way better this season and unless the Spaniard wants to be his Backup, there is no place for him in the team. Even his form has deteriorated this season.

Herrera simply does not have the ability to ingenuity to drag United out of the difficult situations they were in, which does not bode well moving forward. At 28-years-old, Herrera is in the prime years of his life, and so it might be worthwhile to cash in on the midfielder now, before he reaches the latter stages of his playing career.

Atlético Madrid are one of the clubs seriously interested in Herrera, but a deal is a long way off. Manchester United have the option to extend Herrera’s contract until 2019, which they will most likely do, given they would otherwise lose him on a free transfer.

Henrikh Mkhitaryan is unhappy at being shunned by Mourinho and the United boss is prepared to offload him in the summer to make way for Arsenal’s Mesut Ozil.

The Armenian has been linked with a return to Borussia Dortmund amid dwindling game time in England. The Armenia international departed the Bundesliga giants in 2016 when the Red Devils put a big-money deal in place to take him to England.

Manchester United boss Jose Mourinho has already said he won’t stand in the way of Henrikh Mkhitaryan if he want to leave the club in January. Mourinho said he’s willing to sell any unsettled player for the right price.

Fellaini has been one of Mourinho’s trusted players over the course of two seasons. This will be against the manager’s wishes, but the current situation reads that United and Fellaini’s representatives have not come to an agreement over a new contract.

Fellaini, at 30 years old, wants one final long-term contract – possible three years’ worth – but Manchester United are reluctant to offer that. Like Chelsea, their club’s policy is usually to offer rolling one-year deals for those over the age of 30.

Fellaini, whose season has been interrupted by a knee injury, fears his World Cup hopes could have been jeopardized by what he labelled as an ‘attack’ on him by Southampton’s Shane Long in United’s 1-0 win over Southampton in September.

At this moment in time, Fellaini is available to negotiate and sign a pre-contract with a foreign club in January. If Man United do not sort this out quickly and effectively, Fellaini is likely to leave, with Paris Saint-Germain interested.

Blind properly made his name for the Netherlands at the 2014 World Cup. He joined United from Ajax in 2014.

But he has been very disappointing since he joined the Red Devils Because he has just been a shadow of that very exciting and attacking player.

The versatile Dutchman has become a fringe figure at Old Trafford, with Jose Mourinho favouring other options across his back four and midfield. As a result, Blind has been restricted to just one minute of Premier League football since starting the first three games of the season.

Mourinho, though, has shifted Ashley Young to a left-back role this season, while several other options have been utilised at centre-half and Nemanja Matic drafted in for £40 million to fill a holding midfield berth.

He has made 137 appearances for the club and is one outing short of 300 at club level.

Van Gaal, who signed Blind for United in the summer of 2014, believes he is deserving of more minutes on the pitch and should look to move amid talks of a potential January switch to the Nou Camp.