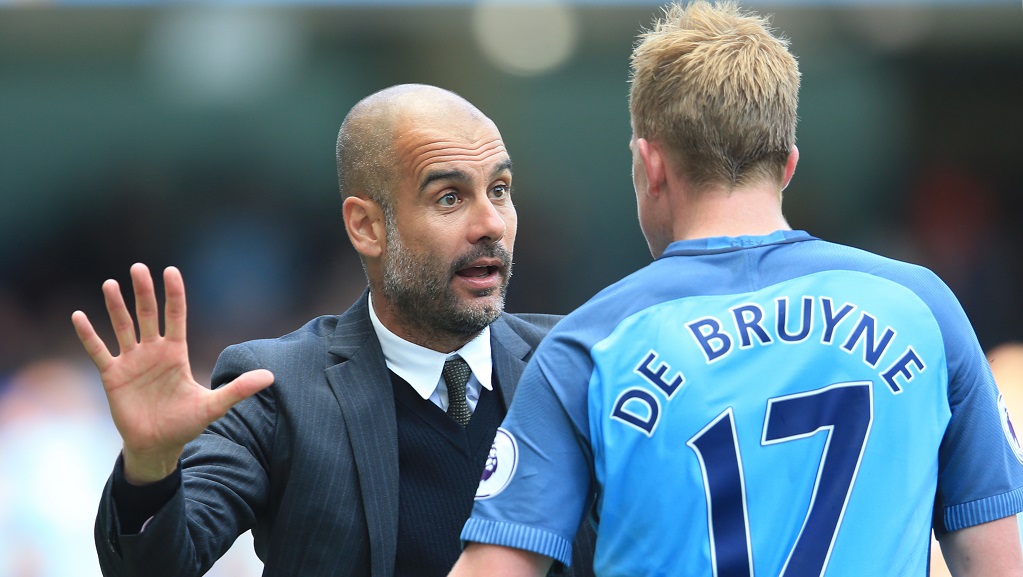 If you look at football’s history books you will not find Manchester City amongst Europe’s elite. They won the Winners’ Cup in 1970, but never got their hands on the most reputed trophy at the club level.

Josep Guardiola won the competition twice with Barcelona, in 2009 and 2011, but failed to lead his last club Bayern Munich to the Promised Land. He knows that part of his mission statement at City is to take them to the levels he was able to reach in Spain.

Pep Guardiola was brought in to end City’s wait, and now that the Citizens have the most valuable squad in football, expectations are naturally high. Guardiola’s first attempt last season fell apart at the hands of Monaco in the last 16, but even though the manager plays down their current chances in public, City know they are better prepared than ever to reach Europe’s holy grail.

Here are the 5 Reasons Why Manchester City Can Win The Champions League :

Guardiola got rid of the players who could not cope up with his high-intensity style of football, and those who have been added to the squad bring elements that were lacking. The specialist wing-back additions of Benjamin Mendy, Kyle Walker and Danilo were a big statement; the finesse and creativity of Bernardo Silva adds to the attacking capacity; the safe hands and feet of goalkeeper Ederson brings comfort. City are stronger all over the pitch. City have brought in real quality, and more importantly quality that can be suited to what they style of Guardiola requires.
Kevin de Bruyne, Yaya Toure, Raheem Sterling and David Silva offer plenty of options going forward, not to mention that Phil Foden and Brahim Diaz are arguably the most exciting youngsters coming through in football. City have the squad to deal with the fatigue of a long, tiring season, and the needed quality to go all the way in the UEFA Champions League.

One of the things which harmed Guardiola during his reign at Bayern Munich and even the latter stages of his time at Barcelona was the significant unrest upstairs. Despite reaching the semi-final in each of his seasons in Munich, Guardiola was under constant pressure in the German media, who never forgot the fact that Jupp Heynckes won the trophy before he arrived. Opposite to it, Manchester City’s owners have been patient, affording plenty of freedom to Pep. There was no other manager in the world City would rather have had. We now know the first year did not go to plan, but it only intensified the desire of Khaldoon and owner Sheikh Mansour to bring success to the club. It’s an ideal working environment for Guardiola: full support of the board and the tools to take on anyone in Europe, without fear of losing his job. Thus Guardiola, the master of details, can tweak and twist to the desire of his total football, and we might finally see him end Manchester City’s wait for the UEFA Champions League this season.

Guardiola was a midfielder himself, so there is no area of the pitch he is more cultured about.

When looking at recruitment early in his City tenure, Guardiola overlooked N’Golo Kante, Toni Kroos, Renato Sanches and Thiago Alcantara to sign Ilkay Gundogan, even though he at that time had a knee surgery. Pep’s thinking was that Gundogan could provide a blend of organisation, discipline and creativity. Ruptured knee ligaments saw Gundogan miss the whole season after nine starts. It was a real blow to Guardiola, as the timing of the injury meant he did not get to feature much in their Champions League campaign.

As he is back in action, expect him to become a key element of their plan. Pep views him as the perfect player to stitch together his style of football. His versatility and ability to slot in as a deep midfield player or much further up the field is going to be a component that helps the team in big domestic and European matches and could be the reason for the success of Manchester City this term.

City have found a system that tends to thrive against big teams, with the Sky Blues handing out sound thrashing to the likes of Real Madrid and Tottenham Hotspur in pre-season.

John Stones’ improvement this season has gone quietly unnoticed, and alongside Vincent Kompany and Otamendi, City have a solid army in defence, while extremely attacking fullbacks in Danilo, Walker and rejuvenated Fabian Delph. This isn’t the same squad that leaked goals last season, City look far more comfortable with the ball.

Guardiola garnered plenty of criticism for his rigid nature in last season’s exit against AS Monaco, but the Spanish manager will surely ensure that a similar scene doesn’t occur this term. His reliance on technical players such as Gundogan, De Bruyne, David Silva and Fernandinho in the centre of the park ought to ensure that City never lose control at the heart of midfield, something Real Madrid managed with the Kroos-Modric-Casemiro trio the last couple of seasons.

Guardiola wants his team to circulate the ball quickly and apply intense and constant pressure. It needs quick thinking ahead to the next move when they are passing. De Bruyne is a quick thinker and has the technical ability to do what he wants with a ball. He not only sees what to do but can execute it too.

He is one of the main reasons why Manchester City have made a great start to the campaign and if he can keep performing like this, City will have a massive chance to win their first ever Champions League.