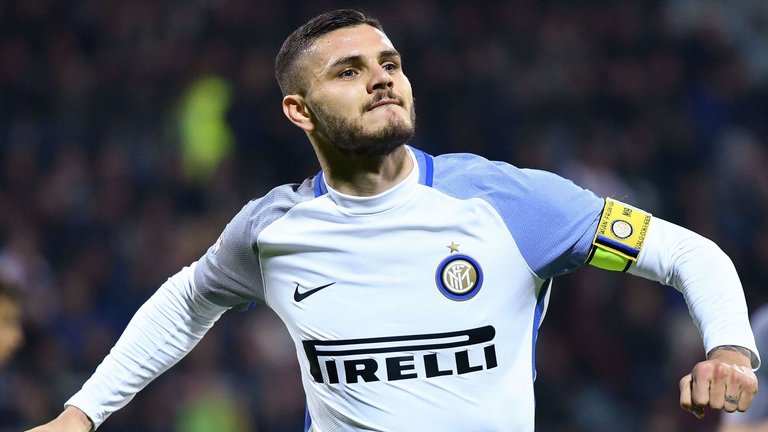 Premier League defending Champions Chelsea’s title defense didn’t start according to their plan and they are already 16 points behind the League leaders Manchester City. Antonio Conte should address the problem of his side ahead of the winter transfer window. The management should chalk out what they are lacking in the team which was able to win the Premier League quite comprehensively last season.

As we all know that the Premier League is a highly competitive league and any team can beat the other on their own day. Chelsea had lost against Burnley, West Ham in this season and recently dropped points against Everton at Goodison Park. The upcoming fixtures are also very tricky for Antonio Conte as they have to play in four different competitions from January onwards. To maintain a good shape of the squad for all those matches Chelsea club management should buy some new players who would be able to help Chelsea to win some trophies this season.

Here are the 5 players Chelsea could sign this January –

But the situation has been changed now. The form of Alex Sandro has dipped a lot in this season and Juventus might try to offload this player before the situation gets worse in future. Juventus team director Beppe Marotta also ascertained that he would not force Alex Sandro to stay at Juventus if other big guns of Europe try to sign the player.

Chelsea club management might turn their attention towards the Tottenham left back Danny Rose if they failed to sign Alex Sandro in this transfer window. Chelsea have Marcos Alonso as the only recognized left back option. But Antonio Conte should keep in the mind of the galore of the matches coming up for the Blues in the next few months. Alonso might get fatigued during the heavy load of fixtures. So there’s should be a backup option for him and Danny Rose is an ideal choice in that case.

Danny Rose is not getting adequate game time at Spurs as the manager is preferring to play Ben Davies in the left wing back position most of the times in this season. Aurier and Vertonghen also can play in that position. So he have to face a tough competition to get into the starting eleven of the Tottenham side whereas it will be easier for him to get into the Chelsea lineup. If Chelsea place a good offer to Danny Rose it will be difficult for the player to ignore that offer.

Chelsea might have finalised a £35 million move for the Everton midfielder Ross Barkley on the deadline day of the summer transfer window. But the player denied the move as he was injured at that time. Ross Barkley is now coming back from the injury and just joined the training session of Everton few days back.

The attacking midfielder might be a good bet for Chelsea in the upcoming heavy load of fixtures. Barkley has the experience to play in the Premier League Circuit for last few seasons. He is well accustomed with the physicality of the Premier League. He will be a good choice for Antonio Conte to sign in this transfer window and the player may not decline the move this time.

The PSG winger Lucas Moura is also a long term transfer target for Chelsea. The player is not getting adequate chances in the starting eleven of Paris Saint Germain. Considering the tough fixture against Barcelona coming up in the round of 16 of the Champions League, Chelsea club management might go for the Brazilian winger in January.

Willian and Pedro are not performing at their best this season for Chelsea and if Antonio Conte opt to go with a 3-4-3 formation Chelsea club management might sign Lucas Moura in the transfer window of January.

Mauro Icardi is playing exceptionally well for Inter Milan in this season. He had already scored 17 goals in 17 appearances for the Italian side , he is the best striker who might be available in the January transfer window.

Chelsea need another World class striker apart from Alvaro Morata to win some trophies this season and Mauro Icardi could be the best possible option in their hand. Chelsea club management should act fast in the January transfer window to sign this striker before the other big guns of Europe make a move for him.