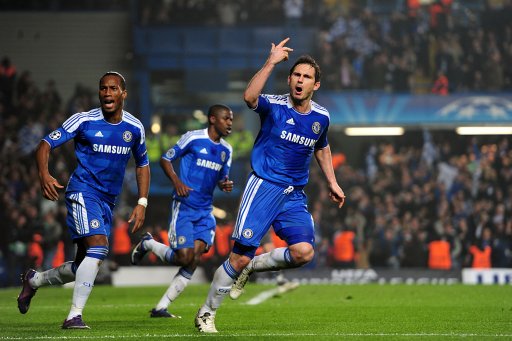 Liverpool beat Manchester City 3-0 in the first leg of the 2017-18 UCL quarterfinal. However, it would be inappropriate to write City off just yet. If there’s any team in the Premier League who could turn this tie around by scoring 4-5 goals in the second leg, its Manchester City. Below are some of the greatest Champions League 2nd-leg comebacks to give City fans some hope.

When Barcelona lost 2-0 at AC Milan, they looked done for. No team had ever recovered from a two-goal deficit in the first leg of a Champions League tie without an away goal before. But Barcelona didn’t need the away goal, or even much dramatics because they crushed Milan in the second leg by 4-0.

Lionel Messi was awesome on the night and scored the first two goals, then David Villa and Jordi Alba added their own as Barcelona moved on.

“Miracles often happen, things you might not rationally expect,” said Depor coach Javier Irureta, holding on to faint hope ahead of the return leg, the Spanish team having been shredded after scoring first at San Siro. His charges were ahead on aggregate by half-time in the return, Walter Pandiani, Juan Carlos Valerón and Alberto Luque making it 3-0 – before substitute Fran González added a fourth. Having prayed for success, Irureta honoured a promised by taking the pilgrim trail to Santiago de Compostela.

When Madrid loaned Fernando Morientes to Monaco, they felt it would give the forward the exposure necessary to land a big-money move the following summer. Little did they know that it would be their own man who would dump them out of the Champions League.

After netting a crucial away goal in a 4-2 Bernabeu defeat, the striker powered a header past Iker Casillas in the second. With Ludovic Giuly goals sandwiching the Spaniard’s strike, Monaco progressed on away goals.

The Napoli team of Edison Cavani, Marek Hamsik and Ezequiel Lavezzi, captained by Fabio Cannavaro’s brother Paolo, heralded something of a golden generation for the team from southern Italy and they were already making waves on the European circuit.

On the other side of this tie, Chelsea were going through some tough times as they began to realise that André Villas-Boas was not the new José Mourinho. Indeed a first leg 3-1 defeat at the Stadio San Paolo spelled the end of the Portuguese manager’s time in charge when he was sacked and Roberto Di Matteo took charge.

Chelsea looked like a dreadful team. Losing in the first leg looked like the start of a Champions League elimination that would have fit in a season to forget, but Didier Drogba and John Terry got the tie level at 3-3 on aggregate back at Stamford Bridge.

A goal by Gokhan Inler not only gave Napoli the lead again at, 4-3, but it brought them even on away goals. Chelsea were back in a hole, but Frank Lampard’s penalty at least earned Chelsea extra time. There, Branislav Ivanovic found the back of the net and the Blues were quarterfinal-bound.

The season proved to be far from one to forget. As bad as they were in England, Roberto di Matteo led Chelsea past Benfica, Chelsea and Bayern Munich (in Munich) to become one of the most improbable Champions League winners ever. And it started with the comeback against Napoli.

No team had ever come back from four goals in the history of the Champions League and Barcelona had to do that without an away goal. PSG really couldn’t have asked for much more in a first-leg trouncing of the Catalans; two goals in each half, and denying an away goal in reply. So how on earth, then, did they manage to slip it from there? No side in the history of the competition had overturned a four-goal deficit, but that’s just what Barça managed in a madcap second leg that defied belief.

Three goals brought Barca within one after just 50 minutes, but Edinson Cavani’s 62nd-minute goal didn’t just stretch the PSG lead to two — it gave them an away goal. Barcelona needed three goals to advance, and that was still the case in the 88th minute. They had no chance.

Then Neymar scored on a beautiful free kick. And he made a penalty. The tie was even, 5-5 on aggregate. But that wasn’t enough because PSG were going through on away goals. That’s when Sergi Roberto came flying in with the most improbable of goals to complete the most impossible of comebacks.

From 4-0 down. With three goals in seven minutes. Barcelona had pulled off the most amazing comeback in Champions League history.