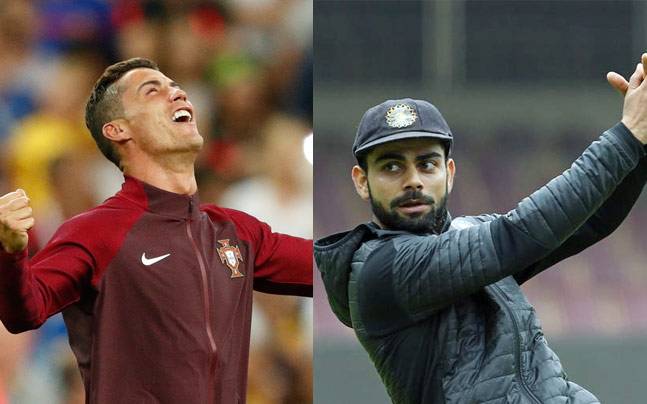 Sportsperson are loved and adored all over the world. A sportsperson’s popularity depends on various factors. On making our list of most famous sportsperson in the world , we have considered the important points such as their social media following, earning on and off the field, brand value and search engine search volume.

On considering all the above points, here are the 10 most famous sportsperson in the world right now –

Indian cricket team captain Virat Kohli has a huge fan following in India and all the cricket playing nations. He is widely regarded as the best cricketer in the world at this point of time. His marriage with Bollywood diva Anuskha Sharma also kept him in the news a lot this year.

NBA superstar Steph Curry plays as a point guard for Golden State Warriors. Many players and analysts have called him the greatest shooter in NBA history. Curry helped the Warriors return to the NBA Finals in 2017 and 2018, where they won back-to-back titles.

Tennis superstar Rafael Nadal has a huge fan following all over the world. Nadal has won 17 Grand Slam singles titles, the second most in history for a male player, as well as a record 33 ATP World Tour Masters 1000 titles, 20 ATP World Tour 500 tournaments, and the 2008 Olympic gold medal in singles. Current world no.2 Nadal finished 2017 as the ATP world ranked number one, and continues to compete with arch rival Roger Federer.

Steph Curry’s teammate at Golden State Warriors, Kevin Durant is one of the highest paid basketball players in the world. As a professional, he has won two NBA championships, an NBA Most Valuable Player Award, two Finals MVP Awards, the NBA All-Star Game Most Valuable Player Award, four NBA scoring titles, the NBA Rookie of the Year Award, and two Olympic gold medals. Durant has also been selected to eight All-NBA teams and nine NBA All-Star teams. He played nine seasons in Oklahoma City before signing with Golden State in 2016, winning back-to-back championships in 2017 and 2018.

Tiger Woods in his prime was the most dominant athlete in the world. From 1999 through 2009, Woods was routinely magnitudes greater than the game’s next best. He won 13 of 35 majors from late 1999 to mid-2008, while no other golfer won more than three; three times he won five or more consecutive tournaments — the last man who won five in a row was Ben Hogan in 1953; of the 45 times he held the outright lead heading into the final round, Woods won 43 of those — a 95.6 percent closing clip.

Roger Federer holds several ATP records and is considered to be one of the greatest tennis players of all time. The Swiss player has proved his dominance on court with 20 Grand Slam titles and 99 career ATP titles. He stockpiled a  237 weeks in a row at the top of the ATP rankings (a record). He reached 10 straight grand slam finals from 2005 to 2007 – another record.

Brazilian footballer Neymar is one of the most skillful players in the world. The PSG forward has already scored 60 goals for his national team, making him the third highest goal getter for Brazil.  France Football ranked Neymar as the third highest paid footballer in the world, earning €81.5m ($95m) for a calendar year in combined income from salaries, bonuses and endorsements deals.

Arguably the greatest footballer ever, Messi has been one of the most famous sports personalities for over a decade now. The Barcelona man has broken many kinds of records on his way of becoming one of the greatest ever. Messi holds the record for most goals and assists in La liga. He has spent his entire professional career with Barcelona, where he has won 33 trophies, including nine La Liga titles, four UEFA Champions League titles, and six Copas del Rey. Messi has won a record-tying five Ballon d’Or awards, four of which he won consecutively, and a record five European Golden Shoes.

Ronaldo has the biggest social media following among all athletes. He is also the most followed person on Instagram. He and Messi has been the biggest name of football over the past 10 years or more. Ronaldo, too, has won the Ballon d’Or five times. He has won 26 trophies in his career, including five league titles, five UEFA Champions League titles and one UEFA European Championship. He has scored over 680 senior career goals for club and country.