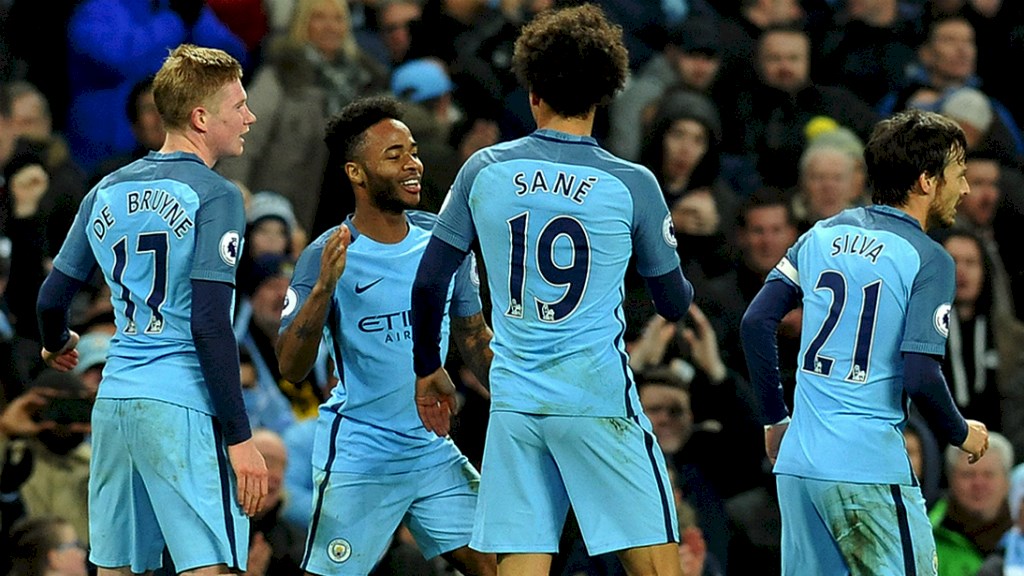 Since the takeover of Manchester City by the Abu Dhabi United Group in 2008 , a lot of money have been pumped into the club. It has resulted in Manchester City becoming one of the biggest clubs in England and has attracted many world-class players to the club. Some of these players costed a fortune and today we will have a look at the most expensive Manchester City signings ever.

Here are the top 10 most expensive Manchester City signings ever .

Manchester City signed Robinho from Real Madrid on the summer transfer deadline day on 2008 , within 24 hours of the takeover by Sheikh Mansour. This move shocked the whole world as Robinho was almost certain to join Chelsea. It was later discovered that Chelsea’s decision to sell Robinho’s jerseys before signing him angered Real Madrid and Manchester City made the most of this situation and acquired his signature.

Robinho looked bright initially, but never really got to grips with the Premier League and returned to former club Santos on loan in January 2010 after just 16 months at the Etihad Stadium. On 31 August 2010,he joined Milan from Manchester City for a fee of £15 million signing a four-year contract.

Manchester City signed Ederson Moraes from Benfica this summer on a six-year contract for £34.2 million , making him the world’s most expensive goalkeeper (when are prices compared in £). He became the Blues’ fourth Brazilian alongside Fernandinho, Fernando and Gabriel Jesus and is regarded as one of the brightest young goalkeeper in world football.

He has started the season as City’s first choice goalkeeper and it will be interesting to see how the season pans out for him.

Manchester City signed Germany international Leroy Sane from Schalke last year for £37 million on a five-year deal. After joining City ,Sane revealed that Pep Guardiola was one of the major reasons for him to join the Club.

He had a pretty good first season , Sane managed nine goals in 2016-17 in Premier League and with his pace and trickery he can do even better this season.

Signing Sergio Aguero for £38 million in the summer transfer window of 2011, is one of the best business ever done by Manchester City.

The Argentina international settled immediately in new surroundings, netting twice on his debut, and has now found the target 170 times in just 256 appearances for the club. He is now in his 7th season with the club and is regarded by many as the greatest Manchester City player ever.

Bernardo Silva gained fame last season with his performances for the French title-winning side AS Monaco. A Benfica youth product ,he was unable to make an impact at his boyhood club. He moved to Monaco in 2014 on loan and was signed permanently the following year. It was his time with Monaco when he unlocked his potential and ultimately secured a big-money move to Manchester City.

It will be interesting to see how he fits into the star-studded Pep Guardiola side.

Raheem Sterling became the most expensive Englishman ever after joining Manchester City from Liverpool in the summer of 2014 for an initial fee of £44 million.

Sterling has been regarded as one of the brightest English prospects and with his pace & dribbling ,he can put any defence in trouble. He has faced accusations of lacking in end product at times, but has reached double figures in terms of goals scored in four successive seasons .

Manchester City completed the signing of England right-back Kyle Walker from Tottenham for an initial £45m in July of this year. He signed a five-year deal with the club.

He made 228 appearances for Tottenham in all competitions, scoring four goals, and last season helped them to second in the table, their highest league finish in the Premier League era.

John Stones became the second-most expensive defender in history – after David Luiz when he joined Manchester City in the summer of 2016. His first season with the club was not great and he will look to improve this term.

The centre-back has regularly featured for England since 2014, but is struggling to shake off criticism regarding his defensive ability, though his composure with the ball at his feet cannot be questioned. With age on his side,he still has plenty of scope for development as he gets more important minutes under his belt with club and country.

After spending one sensational season at Monaco Benjamin Mendy made a name for himself and was awarded with a call up to the senior France squad for the first time to face Luxembourg and Spain in March 2017. He has five caps for France.

The left-back is renowned for his crossing abilities, he helped Monaco to a Ligue 1 title and a place in the Champions League semi-finals in 2016-17.

In the summer of 2017, the move to Pep Guardiola’s side followed making him the world’s most expensive defender.

Many eye-brows were raised when City decided to pay £54.5 million to sign Kevin de Bruyne from Wolfsburg in 2015, especially considering the fact that during his time in the Premier League with Chelsea he failed to make any impact.

But De Bruyne was on the back of a stellar 2014-15 season at Wolfsburg in which he broke the Bundesliga record for most assists and was also named the Footballer of the Year in the German top-flight, he was snapped up by Manuel Pellegrini for a club record deal.

He settled into the team very quickly, turning into the team’s leading playmaker, De Bruyne was a constant menace, whether providing a heap of assists or scoring them themselves.

He is currently in his third season with the club and it won’t be wrong to say that money was well spent.