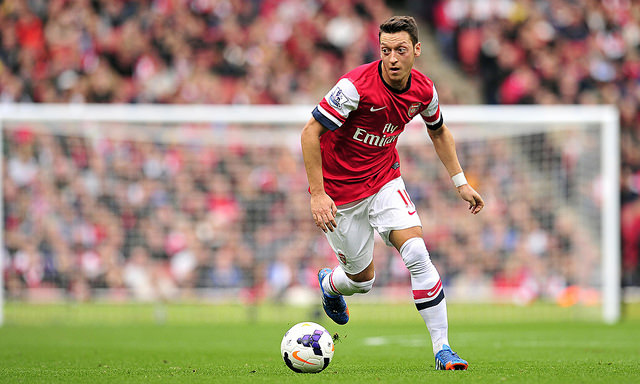 10 BEST PLAYERS IN THE PREMIER LEAGUE THIS SEASON

Premier League is regarded as the best league in the world,because of his high competitions.And this season in particular has been one of the most unexpected season so far with Leicester,Watford,Bournemouth playing some beautiful football and defending champions Chelsea,record time champions Man United struggling.Let us look have a look at the  10 best players in the premier league.

The Brazilian winger has been the solo fighter for Chelsea this season.In a disastrous season for Chelsea he has scored 9 goals in and made 3 assists in all competitions.He was signed from Anzhi Makhachkala in the summer 2013 for a transfer fee of 30m pounds.Since then he has won a League title and league Cup with Chelsea.

He will play an important role if Chelsea are to finish in top 6.

Odion Ighalo is a Nigerian striker who currently plays for Watford in the Premier League.
Ighalo joined Watford on a season-long loan from Udinese in july 2014 and the deal was made permanent in october of the same year.Ighalo has been in fine form this season scoring 14 times and he had also made 3 assists in the campaign.
He is one of the major reason why Watford’s has been so impressive in the first half of the season.

Alexis Sanchez is a Chilean forward who currently plays for Arsenal in the Premier League.He signed for Arsenal in the summer of 2014 from Barcelona for a fee reported to be around 35m Pounds.Since then he has consistently produced top class perfomance for his side.He has scored 12 goals and provided 2 assists so far in this season.
His perfomance has helped Arsenal to finish the year on the top of the Premier League table.
He will play a major part if Arsenal are to win the League after a long time. 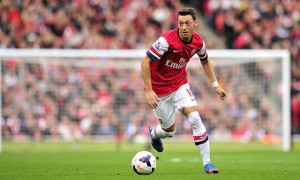 The German midfielder has been in top form this season.He was signed from Real Madrid on the Summer Transfer deadline day in 2013.Since then he has led Arsenal to two successive FA Cups.
His gorgeous passes and through balls have led to many goals for Arsenal this term.Without saying,he is one of the best playmaker in the Premier League.So far this season he has Scored 5 goals and made 3 assists.
He is one of the reason why Arsenal looks a serious title contenders this season.

This guy needs no introduction.He would top this list any given day,but injuries this season have kept him out of many matches this season.This is the reason the Argentine striker gets no.6 spot in our list.Brought from Atletico Madrid in the summer of 2011,Aguero has led Man City to two league titles and a Capital One Cup.
Even in an injury struck season like this he has managed to find the back of the net 9 times in all competitions.Including 5 in one game against Newcastle.He is fit now and could play a major role if City are to push for the league this season. 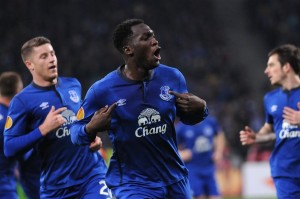 The Belgian had been scoring impressively this season for the tofees.
Lukaku,Brought from Chelsea for 25m pounds,has single-handedly won many games for Everton.
He has scored 18 goals in all competitions this term more than any other player.
His perfomance can help Everton to snatch a place for the European competitions.

Merlin,magician, this is what Man City fans call David Silva.He is one the best playmaker to ever set his foot in the Premier League.
He would be the first name in the team’s squad for any team he would play for.The Spaniard has heaped praise from many football legends and pundits across Europe.
His beautiful passes have led to many goals for his team.He has only scored twice and assisted once this season,but his passing sense and game reading ability makes him one of the best in the Premier League.
Surely,Man City will need his magic if they are to win the League title for the 3rd time in 5 seasons.

Riyadh Mahrez has been the sensation of the season.The Algerian player joined the then Championship side Leicester City in Jan 2014.He has shown his prime form this season and have scored 15 goals and 1 assists.His form led Leicester to the top of the table during Christmas.
Leicester are depended on him for a finish in top 4 berth.

This Belgian international could well possibly be the signing of the season.
He was signed in the previous summer transfer window for a huge sum of 50m pounds from Wolfsburg.So far the Belgian have scored 14 times and assisted 4 times in all competitions.
He is described as one of the best modern day playmaker due to his wide range of passing and long-range shooting skills.
He along with Silva are the back-bone of the Man City line-up.His perfomances may help City to win the Premier league.

He has been the best player in the League this season without a doubt.His goal scoring abilities has led Leicester to the top of the table during the Christmas period.
He has scored 15 goals with 5 assists to his name this season.He went on to score in 11 consecutive Premier League games,breaking Van Nistelrooy’s record.
He won the Player of the month for consecutive months in October and November,becoming only the fifth player to win the awards in consecutive months.
Can he help Leicester finish in top 4?lets us know!